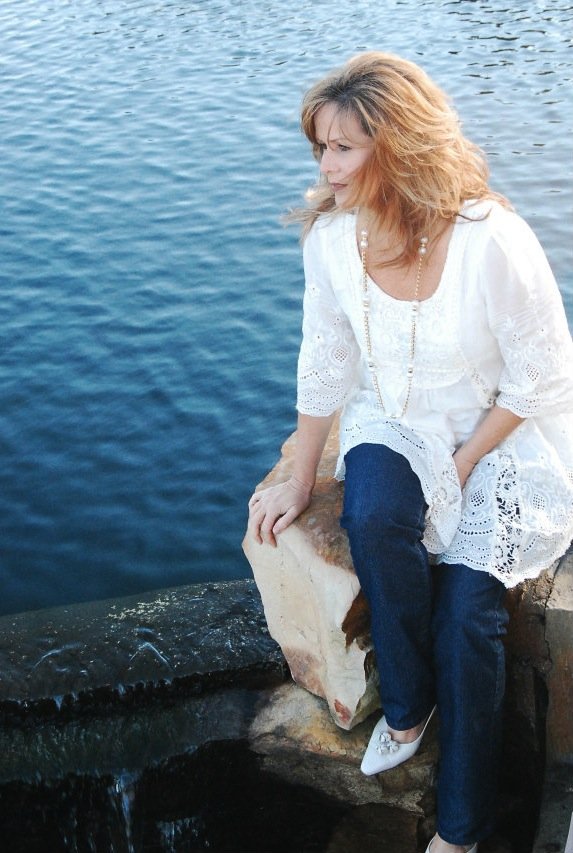 In Chapter Seven, I introduce Stephanie. Many of those who shared their stories in The Unburdened Heart: Finding the Freedom of Forgiveness are friends. Stephanie is no exception. I can’t wait for you to meet her today.

She’s Stephanie Shott, speaker, author, mom, wife, and mentor to moms across the nation through The M.O.M. Initiative and also a partner with me in mentoring moms through Moms Together.

This is her story.

It was 1962. Abortion wasn’t legal but it was still dangerously available in back alleys and dim rooms where women risked their lives to end the life within.

Nineteen year old Faye was on what she planned to be her final date with her controlling and intimidating boyfriend. When she told him it was over, things became violent. Rejection wasn’t something he was willing to accept and so his rage turned into a brutal rape.

Faye’s hopes to end a terribly bad relationship turned into the beginning of something much worse.

For nine months she carried the constant reminder of that horrific event within her.

It was me. I was the reminder. Not just an unplanned pregnancy but a woman’s worst nightmare.

My birth-mom was faced with the pressure to end the life that was conceived so violently. But she understood that a life is a life, regardless of how it began…that while there may be accidental parents there are no accidental people.

She started looking into adoption. How it worked. What she needed to do. And then it happened…It was one of those situations in which a friend knew someone who worked with a woman whose daughter was pregnant and wanted to give the baby up for adoption.

I entered the world with no first name. Just “Baby Salvatore”. But four days later I left the hospital as Stephanie Tyler in the arms of two wonderful parents who would forever more be known to me as Mom and Dad.

I was blessed with two wonderful parents who loved me as their own, but from the age of 3 until about the age of 12 my concept of life and love became skewed and shattered as I was repeatedly molested and raped by two different people in my family. Beaten, abused and broken by those who I should have been able to trust. I was a messed up little girl who never really knew what it was like to be a little girl.

My teen years were lived on the wild side. Sexual abuse has a tendency to not only steal a girls innocence by leave her feeling worthless, unloved and unloveable…and so, I was pregnant at 17. Then married and divorced and a single mom by the age of 19. Another quick marriage and divorce became part of my story as I spent the next five years looking for love in all the wrong places.

It was in ‘all the wrong places’ that I met my husband, Donald. He was the drummer in the band and our lifestyle was a reflection of the whole rock and roll band scene.

Not a pretty picture. But then again, no picture is pretty without God in the middle of it.

Sitting in my apartment one afternoon, I watched a tel-evangelist share a message I had never really heard before. Or maybe I had, but this time it began to make sense. I wanted what he talked about. Salvation. Eternal life. A real relationship with Jesus. But I also wanted my life to remain mine. And so it did. Even though the tears were real, my surrender to the Lord was not. I cried, prayed and thought I was saved but my life remained my own and I remained unchanged.

About two years later, at the age of 24 I was ready. Ready to surrender all I was for all Jesus is. I knew He was the only one who could save my wretched self, and this time, I was not only ready – but I was willing.

Everything changed that sweet October day in 1987.

My heart, my life, my passions and my pursuits. For the first time in my life I didn’t have to prove my love to someone else – I just had to receive God’s love for me. He loved me. Dirty. Broken. Unloveable. Insignificant. Me. And nothing would ever be the same.

It’s been such a wild ride serving my amazing Savior. Time after time, year after year, He’s called me to do what I’m incapable of. He has given me the privilege of ministering to women of all ages from a variety of backgrounds. He’s taken me from classrooms to conferences, from small group meetings to the mission field, from women’s ministry events to founding The M.O.M. Initiative.

I’m more amazed than anyone that He has called me to serve women in the Word and that He invites me to participate with what He is doing on this planet! As one who has been forgiven much…as one who knows what broken is and what unloveable feels like, my heart echoes the words of Corrie Ten Boom, “There is no pit so deep, that God is not deeper still!”

When I was 27, I met my birth-mom. It was like one of those Oprah Winfrey reunions. Emotional and beautiful. What I didn’t expect was how much she loved me. She never talked about how brutal the rape was, she only reflected on how hard it was to place me in the arms of another woman.

I’ve been blessed beyond measure to have two mothers. One who loved me past the pain of rape and chose life for me instead, and another who not only gave me a home, but loved me as her own.

Today, I have the privilege of sharing my story at conferences, pro-life events and on television and radio interviews. Unfortunately, one out of six women have a similar story to tell. Some are still looking for healing and hope. I’m so thankful that God gives me the privilege of sharing that He truly does make beauty of ashes. He has taken this girl with a bad past and a bleak future and redeemed my life from the pit.

I don’t know what your pit looks like. I don’t know what your ashes may be. But I know Jesus came to heal your broken heart and to set you free. Not just from your sin and your self, but from all that holds your heart captive and keeps you from becoming who God created you to be. He did that for me and I know He longs to do the same for you.

Don’t you just love the way He loves us!?

In what way does Stephanie’s story impact your desire to forgive?

What do you hear in Stephanie’s “voice” that makes no sense in light of her story?

How did God give Stephanie a role reversal (unlock her prison doors!) through forgiving?

How can we pray with you today?