Forgive to Live: Forgiving the Unthinkable 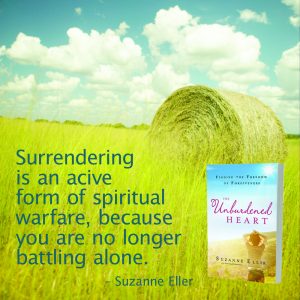 This month is the launch of Forgive to Live (#forgivetolive) Challenge.

All month you’ll meet women who have forgiven. Some of their stories are hard to read, like today’s. Some will hit home with you. Some will challenge you.

The focus, all month, is on hope — hope that no matter how big the hurt, God will fight with you to wholeness.

This is Liz’s story.

How do you forgive the Unthinkable?

It was the phone call no mother ever wants to receive from her child.

Holed up in a bathroom.

Telling you she’s been sexually abused and doesn’t know what to do.

To make matters worse, it wasn’t a stranger who broke into our house, or a boyfriend who snuck in the back door. It was my own father. Since that day, I’ve been on a journey to ask the question, “Can you forgive someone who has done the unthinkable?”

Some say you can’t or you shouldn’t. However, after much study, prayer, reflection and godly wisdom, it’s clear to me that you can, because I am in the process.

But only through God’s power … not mine.

Mine is simply not enough.

We were completely devastated. Not only that the abuse gone on for a period of time, but that it stemmed from a man I’d admired all my life as godly and trusting. He had never done anything to me that my daughter reported had been done to her, scarring her for life.

We have been covered in prayer since that initial phone call. And we have benefited from ongoing counseling and a supportive group of close friends in processing the aftermath.

My dad plead guilty to some of the charges. We are awaiting trial. He claims he’s been falsely accused. He struggles to acknowledge what experts agree upon: small children don’t have any reason to lie when it comes to abuse.

My mom’s way of coping is to intentionally live in denial, which compounds our grief. She, a sibling, and an aunt have all called to say that ‘the Christian thing,’ for us to do is to ignore what actually happened and let the family issue the consequences – rather than the state.

“But if you’re breaking the rules right and left, watch out. The police aren’t there just to be admired in their uniforms. God also has an interest in keeping order, and he uses them to do it.” (The Message)

By allowing the authorities of the state to do their job, we are living out God’s word daily.

From Suzie: Maybe, this is truly hard for you, like it was for me. Maybe you are asking, “How is forgiveness even possible? She can’t change what her dad did, or relieve him of the consequences, and she shouldn’t. So how can she have an unburdened heart?

For Liz, it was a powerful realization. .  .

Two sinners in need of forgiveness from God Almighty. I love this quote from The Unburdened Heart:

Forgiving is more like writing a book than writing a letter. When I write a letter, I put my thoughts on paper, sign it, seal the envelope, and send it. Writing a book involves what seems an endless cycle of writing and rewriting. ~ Gary D. Preston

Granting forgiveness in my heart is something I can only do because I know I have been forgiven much.

It doesn’t automatically mean reconciliation. Forgiveness also doesn’t mean there are no consequences, because consequences, both good and bad, often change the heart far more than words or reason.

Can I be honest? What we’ve experienced is insanely tough to go through.

I’m mindful that the pain of what’s happened to us simply will not disappear on this side of Heaven. It might just keep resurfacing until we meet Jesus face-to-face.

Meanwhile, I can bring what’s in my heart to Jesus and ask Him to hold the pieces all together. He is helping me to keep “re-writing” the forgiveness chapter as this unfolds, which He, and He alone, is more than capable of doing.

Liz M. is passionate about ministering to women no matter what they’ve done, or have had done to them. She and her husband blog and minister to others, but are remaining anonymous due to the sensitive nature of this topic, ongoing litigation, and to protect their beautiful daughter. 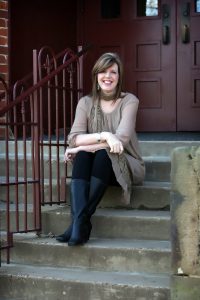 The freedom that Liz and her daughter have experienced is beyond beautiful.

These are real people. I had an opportunity to spend a weekend with Liz and her daughter in ministry. Liz’s daughter is vibrant and in love with Jesus.

She desires one day to lead and encourage other girls who have been sexually abused. She is whole due to counseling, supportive and protective parents, and through God’s healing power. She is the first to say that God has been her strength.

Maybe you have questions for Liz.

Or perhaps you have your own story to share of God’s healing power and how forgiving helped you to live again.

Liz will be checking in throughout the day, and I’ll be here too.

If you desire to take your own forgiveness journey, no matter your story The Unburdened Heart: Finding the Freedom of Forgiveness will help you take that first step, giving you the tools you need to heal and live free.

It’s my story of forgiving, but it’s also the story of many others who forgave under extraordinary circumstances. The Unburdened Heart goes beyond saying, “Just do it”, to showing you what it looks like or what it doesn’t, where to begin, and how to live beyond the hurt to become the strong and oh-so-free woman of faith that you know exists inside of you.