Jesus grieves with you – even when you’re mad at Him 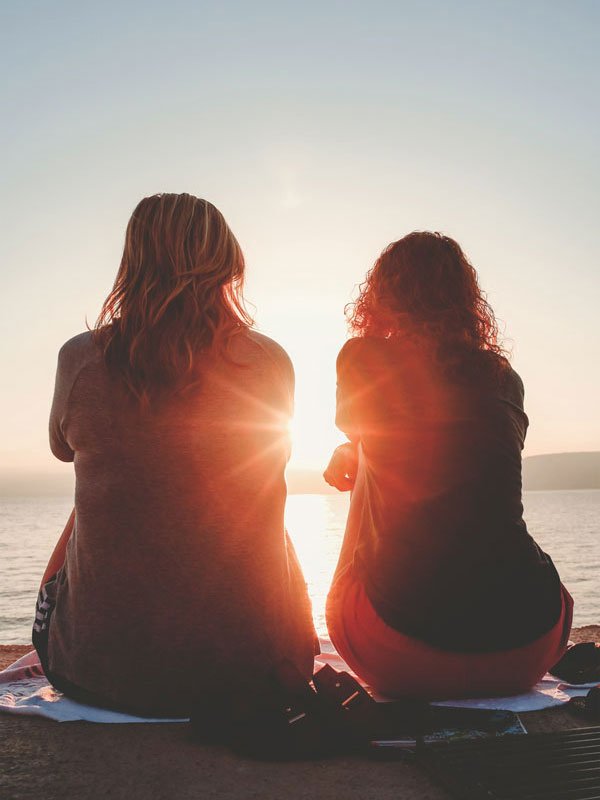 You love Jesus, but you are mad at him.

Sunday I ate dinner with old friends. Eric is a pastor and one of the most in-love-with-Jesus human beings I’ve ever met.

Eric’s dad was sick. They found a tumor on his brain. Eric believes in prayer and he prayed for his dad. The results got better and better. . . until they didn’t.

In a matter of moments everything went wrong and Eric’s father suffered a massive stroke.

In one moment he went from the strong patriarch to suffering.

“It was hard,” Eric said. One day he drove home from the hospital and stopped his car, stumbling out to pray and cry. “I’m mad at you, God,” he whispered, hardly believing that he could say those words.

Later that day he went back to see his dad. As he was walking down the corridor he saw a man walking slowly down the hall. He was in pain. Eric stopped the man and asked if he could pray with him. The man gladly accepted those prayers, and Eric walked the rest of the way to his dad’s room, shaking his head, laughing at the irony.

Not every story has a happy ending when we pray, and Eric’s dad’s story continues to be one of suffering. Often suffering or loss can lead to anger borne out of doubt or confusion, or hurt. It’s hard when you can’t fix it, and it isn’t fixed by your prayers.

In John 11, we find Martha and Mary mourning the unexpected death of their brother, Lazarus. Earlier in the week, Martha had sent word to Jesus that Lazarus was deathly ill. Jesus was making His way to their home when He turned to His disciples and told them that Lazarus was in a deep sleep. The disciples were encouraged to hear that Lazarus was sleeping, thinking perhaps he was on the mend.

Then Jesus put it in plainer language: “He’s dead.”

Four days later, Martha, hearing that Jesus and the disciples are approaching the city gates, rushes out to meet Him. “Lord, if you had been here, my brother would not have died. But I know that even now God will give you whatever you ask” (vv. 21-22).

Martha’s reaction to Jesus is a mixture of faith and taking charge, not surprising given what we know about her. What captures my attention more in this story is the reaction of Mary— because she’s not there.

Mary . . . who sat at Jesus’ feet at a dinner party, vexing her more industrious sister because she wasn’t helping in the kitchen.
Mary . . . who eagerly listened to every word that came from Jesus’ lips.
Mary . . . who loved Jesus as a sister, but more deeply as her Lord.

Martha tells him that Mary remained behind. Jesus asks her to go get her, and Martha rushes to her sister to convey the message.

Mary stands up from her vigil of mourning and makes her way to Jesus. In that day, the bereaved family’s neighbors and friends would join the family in the act of mourning, literally weeping aloud outside the door. When Mary arises, the mourners believe that she is on the way to her brother’s tomb, and they follow her through the city streets, their keening sounds of sorrow announcing her grief to the world at large.

Mary approaches Jesus and falls at His feet.

Mary doesn’t exactly ask that question, but her message is clear. She presents her grief with open hands and a tear-streaked face.

Tomorrow we’ll talk more about Jesus’ response, but there’s one main point I want us to explore today.

Jesus grieves with you — even when you are mad at Him.

Your anger or doubt or feelings aren’t big enough to push Him away. He knew where Mary was. He knew that she was in a place of hurt and confusion. He also knew, like Eric, that this love was deeply ingrained and that she needed Him in that moment.

Jesus calls you when you are mourning.

Maybe you’ve avoided God because you are angry with Him.

Maybe you’ve thought that He isn’t aware of how you hurt.

Perhaps you’ve struggled with your love of Jesus versus your loss, and you miss your faith.

Let this verse soak in today. He’s calling for you. He’s grieving with you for He understands suffering. He understands pain. He knows what it is to struggle with a decision held in the hands of God.

Q: Why is it so hard to accept death and/or suffering as part of life?

Q: Jesus called to Mary. How have you responded to that call during your suffering or loss?

Q: Jesus didn’t ask Mary to explain her hurt over her loss or even her disappointment with Him. He wept with her. What might it mean for Jesus to weep with you?

Q: Eric says he was “mad at God, but He trusted God.” Is doubt or wrestling with feelings an acceptable part of our faith? Why or why not?

Q: Romans 8:38-39 says that even death cannot separate us from God. Describe the hope found in this verse.

Tomorrow, we’ll explore how loss affects our identity, and how to heal as we find our new normal. I can’t wait to see you right back here.

Thanks for sharing this study with others who are seeking wholeness. You are a blessing.