Comparison is good for no one 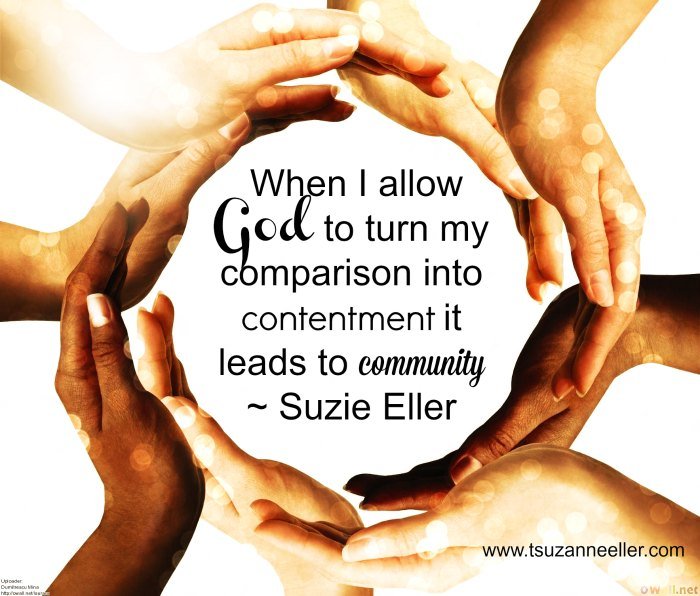 A few years ago a fellow author was receiving the full treatment: publicity tours, media, a huge print run out of the gate.

I was excited for her.

I also felt a twinge.

What if I had that opportunity?

Immediately I sensed the Holy Spirit gently pull me out of the path called comparison.

It’s an ugly place. Comparison takes our eyes off of what we have to focus our attention on what others have. It distracts from our assignment. It creates a two-headed monster called jealousy and envy.

Maybe your battle with comparison looks nothing like mine.

The reality is, no matter where comparison leads, it rarely takes us down a healthy path.

Paul is sharing a letter to the church (2 Corinthians 10:3-18 MSG) about comparison:

3-6 The world is unprincipled. It’s dog-eat-dog out there! The world doesn’t fight fair. But we don’t live or fight our battles that way—never have and never will. The tools of our trade aren’t for marketing or manipulation, but they are for demolishing that entire massively corrupt culture.

We use our powerful God-tools for smashing warped philosophies, tearing down barriers erected against the truth of God, fitting every loose thought and emotion and impulse into the structure of life shaped by Christ. Our tools are ready at hand for clearing the ground of every obstruction and building lives of obedience into maturity.

7-8 You stare and stare at the obvious, but you can’t see the forest for the trees. If you’re looking for a clear example of someone on Christ’s side, why do you so quickly cut me out? Believe me, I am quite sure of my standing with Christ. You may think I overstate the authority he gave me, but I’m not backing off. Every bit of my commitment is for the purpose of building you up, after all, not tearing you down.

9-11 And what’s this talk about me bullying you with my letters? “His letters are brawny and potent, but in person he’s a weakling and mumbles when he talks.” Such talk won’t survive scrutiny. What we write when away, we do when present. We’re the exact same people, absent or present, in letter or in person.

12 We’re not, understand, putting ourselves in a league with those who boast that they’re our superiors. We wouldn’t dare do that.

But in all this comparing and grading and competing, they quite miss the point.

13-14 We aren’t making outrageous claims here. We’re sticking to the limits of what God has set for us. But there can be no question that those limits reach to and include you. We’re not moving into someone else’s “territory.” We were already there with you, weren’t we? We were the first ones to get there with the Message of Christ, right? So how can there be any question of overstepping our bounds by writing or visiting you?

15-18 We’re not barging in on the rightful work of others, interfering with their ministries, demanding a place in the sun with them.

What we’re hoping for is that as your lives grow in faith, you’ll play a part within our expanding work.

And we’ll all still be within the limits God sets as we proclaim the Message in countries beyond Corinth. But we have no intention of moving in on what others have done and taking credit for it. “If you want to claim credit, claim it for God.” What you say about yourself means nothing in God’s work. It’s what God says about you that makes the difference.

It’s a bold letter, but Paul is a bold guy and he has a job to do.

He doesn’t want to be compared to anyone, or others compared to him because comparison isn’t good for anyone.

There are no winners when comparison enters the picture.

And it’s confusing to a world that hears that Christianity is about loving one another.

My prayer that day was that God would turn my comparison to contentment. 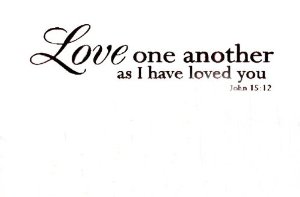 Are you struggling with comparison?

That woman that has the house/body/money/fame/reach/success/parenting skills/husband/family/clothes/talent that you’re comparing yourself to isn’t the point.

The point is that God has chosen you to be you.

That your home/hands/money/reach/parenting skills/talent or whatever it is that is your gifting isn’t there for comparison, but to be used to glorify God.

Do I want my books to sell?

Because I believe that God is a Healer. He transforms brokenness to wholeness. I would share this message from city to city. I’d stand on the street corner and shout out if I thought it would draw a broken soul to Him.

But when I start comparing, I lose focus of that very unique mission and fail to understand that if it reaches 1,000 souls rather than 100,000 that is ONE THOUSAND SOULS.

How can I not celebrate that?

Well, only if I’m too busy comparing and I fail to be content where God has uniquely placed me.

When we allow God to turn comparison to contentment it leads to community.

I don’t want to be a striving, comparing woman. I want to be a woman completely content and joy-filled in Whose she is and where He’s leading.

I want to be part of a team!

My friend is where God has placed her. While there’s benefits to being on the front line of ministry, there’s also a lot of hard stuff to go along with it that very few see. It can be overwhelming and even hurtful as people who don’t know you think they do, and try to take you down a notch.

My assignment in her life is to cheerlead, love, and pray for her. To join hands and do what I can to help spread the word because her message is life changing.

Do you feel that gentle voice of the Holy Spirit beckoning you in a new direction?

Do you struggle to know what your call is? Where you fit?

My book, The Woman I Am Becoming: Embracing the Chase of Faith, Identity, and Destiny might be a great resource for you!