#livefreeThursday: Your family might be someone’s answer to prayer 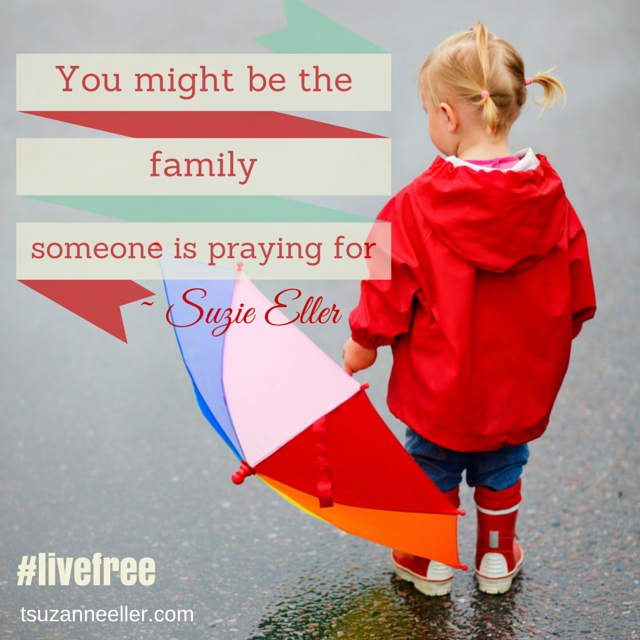 The framed photo mingled with others on the fireplace mantle.

“He’s our extra son,” she replied. “We wanted him to feel like family so we put his photo up with our other kids.”

That “extra son” is a college student. He lives far from home and on holidays he’s usually sleeping in or hanging out in his apartment because home isn’t a safe place to go.

They met him through their son when he came to visit. He was pretty tight lipped about his family, but over time he felt comfortable enough to share.

What they found out was hard to hear.

That weekend visit led to others and then they started showing up at some of his college events to cheer him on.

They became the family he had prayed for.

They have no desire to replace his mom or dad. In fact, they pray for healing and restoration in this young man’s biological family. They just want him to know that there’s a group of people who love him, who see the good in him, and who he can count on.

Maybe you grew up in a stable and loving family.

Maybe you have a stable and loving family wrapped around you today.

What a gift! Sure, every family has issues, but if you have people that you can call and celebrate when good takes place, and that will show up at your side when the bad hits — then you are blessed.

Because not every one has that.

In fact, too many don’t even know what that feels like.

When I was growing up, there were families that opened their home to me (and others). We played games. We ate brownies and popcorn. We toilet papered the neighbor’s house (this was after they went to bed). ♥

Like a kid in a candy store, I watched how they interacted. The words the man spoke to his wife. How the mom offered love in the form of gooey chocolate cookies. How they fussed at one another, and at the kids, but lightly and how they worked through conflict on the bigger stuff.

They had no idea the impact they had on my heart by letting me be a small part of their family.

When Richard and I married we decided our home would be a sanctuary of sorts.

Over the years we were blessed to have a few live with us for a short time, while others stayed longer. Some showed up on Friday nights. Some came for dinner.

We didn’t have a perfect home — not in the Pinterest kind of way.

We didn’t have a perfect family — but we did have love. We had food. We had laughter.

And we had Jesus, who held us all together.

If we believe that everything we have belongs to God,

does that include our family?

I think it does.

One young mom from my church said, “I invited a college student to spend time with my family. I was worried because most days I’m in yoga pants in a toy-strewn house with loads of laundry waiting to be folded.”

She invited the girl to come once a week to her home and live life with her for a few hours. They folded laundry. They played with the kids. They went to the park. They had lunch.

Nothing big, but as they folded clothes this college student saw a young mom balance the nitty gritty of motherhood. They talked over sandwiches and interruptions from toddlers. They prayed together. 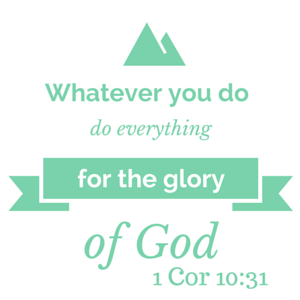 Except living life with each other is exactly where the glory of God can show up.

What does this look like for you? I don’t know. That’s a you and God question. For us, it means that we don’t wait for our home to be perfect before we let people in.

It means that holidays are super special for family, but family might include someone who doesn’t share our DNA.

It means that there will be non-related people who see me without makeup (gasp), or running gleefully after a grandchild who just sprayed Gaga with a hose.

It means that we eat together and if the Pinterest recipe goes south, we order Subway sandwiches (umm, I love a mean chicken-bacon-ranch on honey wheat).

Are you sharing yours?

You just might be the family someone has been praying for.