I’d rather be a late bloomer 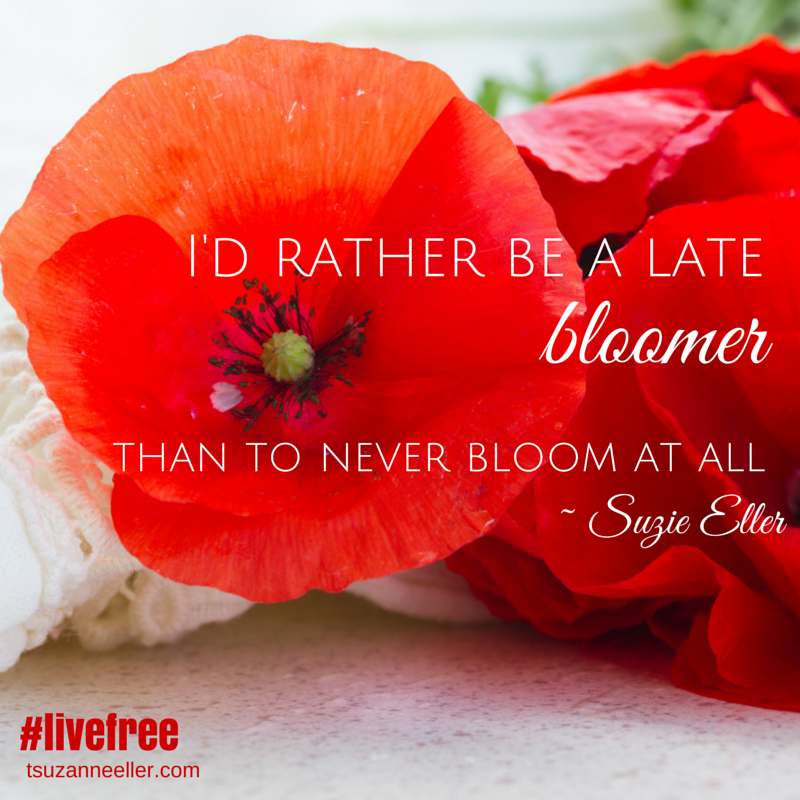 We were sitting around the family table when my mom announced, “Suzie, you didn’t talk until you were four.”

That was news to me.

“So are you saying that I was quiet?”

“Nope, you didn’t talk at all. In fact, we were worried about you.”

Well, isn’t that peachy. I was a late bloomer. A really late bloomer.  Which makes the fact that God invited me to talk and write that much more a miracle.

It’s ironic. Was He sitting around in Heaven, saying something like this:

Let’s choose the one who no one else would think to pick.

It wouldn’t be too far of a stretch to think that this took place, because the same God chose a stutterer to speak for a nation, a despised tax collector to carry on the Gospel, and a little guy with a meager lunch to provide for thousands.

Maybe you came to your faith late in life. Can God still use your life to impact others?

Perhaps you spent a lot of years running from your call, but now you’re waving joyfully in surrender; is there still time?

Maybe you’ve wasted time comparing yourself to others because you forget that He uniquely created you for such a time as this. Is it possible that God can redeem that wasted time and lead you to the path carved out for you?

I shied away from new friendships for way too long out of insecurity.

I fought speaking for years because I thought someone else would be a better fit.

And then I bloomed. 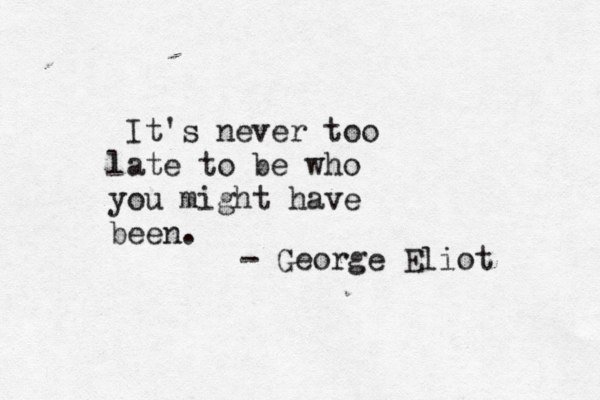 That super late blooming meant that the skinny-girl-thats-not-gonna-be-noticed learned to focus on the inner stuff, because that’s where I could actually do something. That became a gift.

That late blooming meant that the girl not raised in church could clearly see the difference between having Jesus and not having Him, and chose (and continues to choose) Jesus all the way.

That late blooming meant that I had to trust God when He called me to do things outside my comfort zone. Which means that I get to partner with Him, rather than step on stage in my own confidence.

It’s better to be a late bloomer than to never bloom at all.

Are you looking in the mirror and thinking it’s too late?

Are you watching a child and thinking that their late blooming is going to hold them back?

You might be surprised at the plans God has for that child.

Are you watching a relationship unfold or a marriage begin to flicker with hope and you’re wondering if it’s enough?