#livefreeThursday: Do we own it, or does it own us? 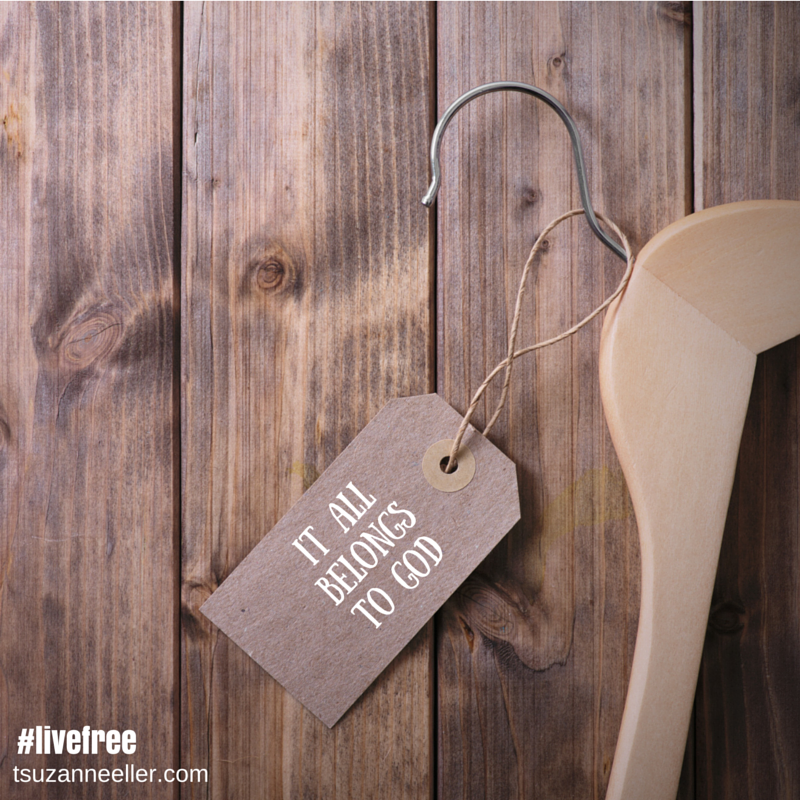 I was in the hospital, a young mom sick with cancer. The phone beside the bed rang and I picked it up. I was careful to avoid the tubes and IV’s as I held it to my ear. I almost cried when I realized it was from the mortgage company.

They had tracked me . . . all the way to the hospital.

I don’t know if I’ve ever felt as defeated or helpless as I did that day. My young husband was working 80 hours a week, taking care of the dairy and working extra days on another farm nearby. I was going through chemo, radiation and surgeries and trying to assure three small children that it was going to be okay. We juggled bills, paying so much on this one and so much on that one.

The call that day felt like another wound, one the doctors couldn’t address.

As believers we might not talk about money or material things because it’s a tender topic, but money and material possessions can be a powerful gift.

One anonymous person slipped a hundred dollar bill in our mailbox right before Christmas that year. I can’t even tell you how excited we were to go to the TG&Y (old school version of the Dollar Store) and buy generic barbies for the girls and army men and a dump truck for Ryan. I wept as I wrapped those presents and put them under the tree.

I didn’t want a single thing for me, but the fact that there was something for them meant everything.

Money isn’t bad. Having things isn’t bad. Both are resources that can do powerful good, like infusing hope into the heart of a family in the midst of a battle.

Unfortunately, money can also divide. It can destroy relationships.

Money can create disappointment as we compare our bank account or material goods to another and feel that we somehow fall short, even though the poorest of us are richer than 98% of the rest of the world.

Money can cause family members not to talk to each other as they wrangle over an inheritance, while they have plenty.

Yet it’s not money that does those things, is it?

Then he said, “Beware! Guard against every kind of greed. Life is not measured by how much you own.” Luke 12:15 (NLT)

Greed is intense desire to have something no matter what. It’s what takes something that can do powerful good and twist it. The good news is that we can guard our hearts against this. It begins by asking this gut-honest question:

Do I see the things I own as His

or do things own me?

If everything we have is His, then it becomes a blessing rather than a never ending pursuit.

If everything we have is His, then life isn’t measured by what we own. It’s not our emphasis. We’ll refuse to elevate it above people, especially family. We will stop accumulating stuff when so many don’t even have the basics.

This returns money and material positions back into their rightful place — as a gift to be used for His purposes, rather than our purpose for being.

As I wrote this post, I reminded Richard of that old story. It seems a million years ago in some ways, and we both wish we knew who put that crisp $100 bill in our mailbox so many years ago.

I’d wrap my arms around their neck and tell them that their gift rescued a distraught, young mama who was battling cancer and discouragement. I’d show them a picture of three happy children unwrapping a few Christmas presents, and the bountiful dinner we had later that night.

Do we see the things we own as His, or do they own us?

Lord, is there anything that owns me? If it has the potential to own me, release that in Your name. Let money and material things take its rightful place in my heart, in my thoughts, in what I pursue. Let me take what I do have and gently press it into places where it will do good for Your name’s sake.