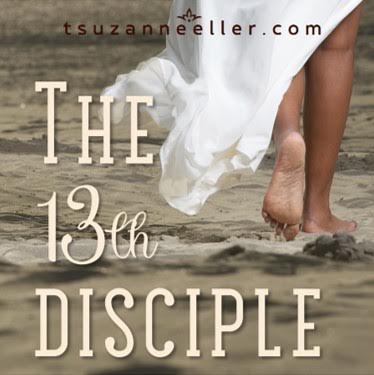 Some friends and I were talking about living “shaken” by the power of God. I asked them what that meant to them.

“It means that I would live in such a way that it would quieten my quivery soul,” one friend said.

That phrase kept coming back to me for days. Quivery like jello? Quivery as in cold and shaky? When I told a few others, they instantly identified.

We’ve all faced days when we have anxious thoughts, but it’s hard when they consume us. Today, a beautiful #livefree friend, Alisa Nicaud, shares how living as the 13th disciple changed her quivery soul to a brave heart. ~ Suzie

I am the 13th Disciple

I have to admit that when Suzie first introduced the idea of being the 13th disciple, I was a little intimidated.

Sitting among the great 12 who walked with Jesus and boldly presented the gospel left me feeling a bit unqualified to say the least.

Yet as I began the journey, I realized that the term disciple is not a status, but a calling—an invitation really.

Have you ever found yourself in the ocean and wanting to go just a little further out? Growing up at the beach, I saw small white caps in the distance that lured me into deeper waters. I would heed its beckoning call, but there always came a point where I felt a sudden drop off. The place where my feet would no longer reach the bottom.

It was usually at that point that I scurried back to the shore, and safely planted my feet into the sand.

There was something about the unknown that prevented me from advancing to where I really wanted to go.

As the 13th disciple, I comfortably slipped right into the shoes of Peter.

One minute he followed Jesus and the next minute he was back to fishing.

Another time he was stepping out of the boat, and then cries out that he’s drowning.

I understood his zeal to do great things, followed by a disappointment from lack of accomplishment. He wanted to follow Jesus, he believed. There was a hunger in him to go deeper, but there were times when the task ahead left him feeling restless and wanting to give up.

Jesus saw Peter’s weaknesses, but knew the man he would become. So rather than dumping him as a disciple, he taught him how to believe.

Jesus sees my weaknesses, but knows the woman I am becoming.

He’s teaching me as His disciple to trust Him in a new way.

Full on pursuit, no holds barred faith is what it will take for me to accomplish the things that Jesus is asking me to do.

Are you willing to step out into the deep, push through the fear and go with Him?

Are you ready to push past the disappointments of your past and press into the amazing journey Jesus has for you?

Once you step out into the deep, the shoreline will fade away. 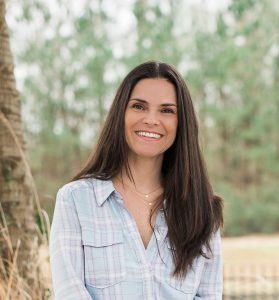