When God says go and your foot is on the brake 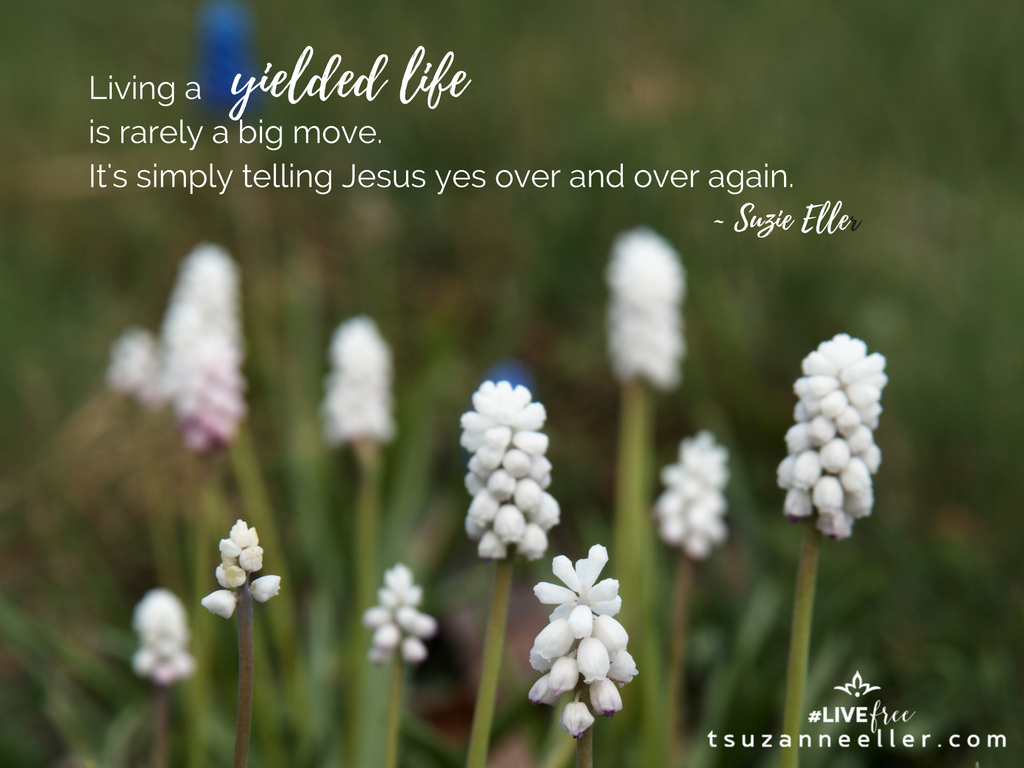 That’s the message I’ve been hearing for several months. The funny thing is that I didn’t know exactly what that looked like at first, not really.

Until I started hanging out with the disciples.

Watching them helped me discover what a yielded heart looked like.

We know God is saying go and we’ve got our foot on the brake. It’s a light touch, but it’s still a long way from the accelerator.

The disciples were often in that place.

You feed them, Philip.

I give you authority over demons and the ability to cure sickness.

Can you imagine how you or I would feel if we heard those words straight from the mouth of Jesus? Maybe we’d look around to see if there was someone else who could fill those shoes. . . but what if we yielded instead?

Jesus didn’t begin by asking Peter to act like a Rock. He only asked that he see himself the way Jesus did.

Philip wasn’t asked to find enough food for a multitude, but to offer up what he had.

The twelve weren’t responsible for healing the sick, they were only asked to pray as if it were true.

Do our part, trust God to do His

In every one of these yielded places, there were rarely big moves on the disciple’s part. They did what He asked, and let God do the rest.

[ctt template=”4″ link=”49b4E” via=”yes” ]Yielding to God is rarely a big move, but saying yes over and over again. #ComeWithMe #livefree @suzanneeller[/ctt]

We don’t have to pretend like we are all knowing, or all powerful. We just have to do what God asks us to do.

The rest is up to Him.

If God is leading in a new direction, surrendering to that direction is our first move.

Then we keep going.

Six years ago Richard and I felt the Holy Spirit leading us to a new state. We prayed. We sought God. We heard a definite yes.

We had NO direction other than that.

We talked about what it would take to move to a new state.

Richard had to move his counseling license from one state to the other. There were about 5 steps in that process. They were lengthy. There was money and tests involved.

Even though it took time, we were merging into God’s plan for us.

The second step was to find a job.

The third to sell our house. That took a long time. We were in the waiting phase for several months on this step.

The fourth to buy a new home.

Each of those steps could also be unpacked.

Eventually we arrived in our new state.

The Lord continued to ask us to yield to Him in a hundred different ways, but it was no longer complicated.

He was simply asking us to:

Yielding isn’t always in the big things. Sometimes our greatest struggling in yielding is in the small things. After the #ComeWithMe study, I knew I needed to take a bit of a break. I resisted — for a moment.

Then I yielded. God knows what He’s doing. Beginning this week I’m going to blog once a week. It feels strange after connecting with you three times each week for such a long time, but I don’t want to miss what He’s trying to show me.

What is God speaking to you?

Have you been paralyzed by the big picture?

Have you been waiting for a big move?

Let’s pray about that together.

Jesus, align our will with yours. We have our foot lightly on the brake. If it’s time to take it off, show us our part. If it’s a waiting time, show us that as well. We don’t have to have it all figured out. All the you ask is that we listen for your voice. Thank you for that.

The live broadcast will be on Holley’s FB page. You can also catch the recorded broadcast at a later time on my FB ministry page, where we’ll take the topic deeper!

All you have to do is go to either page and “like” it.

Tuesday’s #wordgirlstribe topic is “The lies we believe and what to do about it.”