The story of the baby matters because. . . 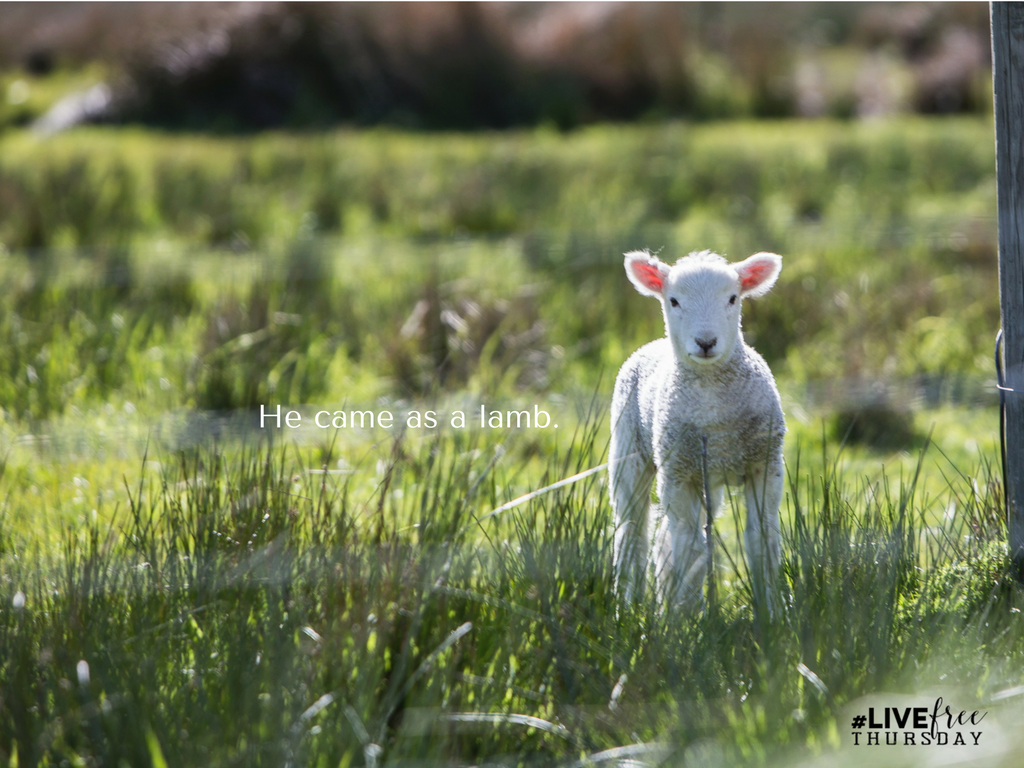 Yesterday I stumbled into a discouraging conversation.

It was with with several people I used to know well.

One person was questioning his faith.

That wasn’t the discouraging part. We all come to that crossroads where we have to sort through what we believe versus what we’ve always been told. It’s not a bad place to be, though it may feel like the wilderness. God is big enough for our questions and we if ask God to answer them, he’ll do that.

The discouragement came as many responded tongue in cheek. Or not tongue in cheek, but pointing out all the bad things about Christianity. I’m a “glass half-full” kind of girl, so I tend to see the positive. However, I tried hard to listen. People were jaded. I have to admit that during the last few months, I have struggled with some of the words and comments and actions from my fellow believers. I’ve unfollowed people I love in person, but struggle with their words on social media.

I’ve grieved over those who threw down statements like, “If you were a Christian, you’d . . . {fill in the blank}.

But our faith isn’t about people.

Our faith is about a Savior who came to rescue us.

God has always invited messy people to follow him, and I’m one of those. So if I try to make my faith experience about anything but Jesus, it’s going to get complicated. If we make it about people, then we’re in for a wild ride.

Can I share with you what I believe about this beautiful thing called faith?

I’ve never been more excited about faith than I am right now. Sure, I see that people are messy and wrong-headed. I’ve been one of those people (I am one of those people). Yet I also believe that encountering Jesus changes us. Not too long ago I was in India and sat with persecuted believers who prayed all night long for revival for their cities. They have discovered what it means to have a faith is personal and life transforming. They aren’t afraid of persecution. Their greatest fear is that others might not hear the message.

Just yesterday a friend dropped by with homemade banana bread and prayer. She’s the purest believer I know, though she has flaws just like me. I’ve met people who are investing their time, resources, and all of their being into helping others sacrificially.

Faith is comprised of all kinds of people.

Maybe your faith experience has been rocky. Maybe, like my friend, you are questioning everything you’ve ever been taught.

What do we do with that?

We can tangle it with a Savior who rescued, redeemed, and restores us, and turn away from that gift . . . or we can move closer to him. Ask those questions. Don’t hold back. Show him your doubts. If there are wounds, ask him to heal them. If your eyes are on people, take them off. Even the good ones. They are your fellow followers, but they’ll never be Jesus.

If you want change, become the change. If there’s something that you feel is lacking, is it possible that you are the one in which that miracle begins? The thing is, we aren’t going to be perfect either. We might mess up and not even know it. We might think we are doing a good thing, and somewhere someone on a blog is telling the world we’re bad and have bad motives, when it’s far from true. So we keep our eyes on Christ every step of the way. We listen daily for his voice. We say yes over and over again as he leads. And when we hit that crises of faith (we all do at some point), we ask the hard questions knowing God is big enough to answer them.

Maybe someone you know is questioning their faith today.

If it were me, I’d ask you this favor:

Believe with me that as I seek God, he’ll answer them and everything that isn’t faith will fall away so that I can rediscover him all over again. That’s the miracle of this new-born babe we’re talking about this Christmas. If we seek him, we’ll find him. And that’s the best gift of all.