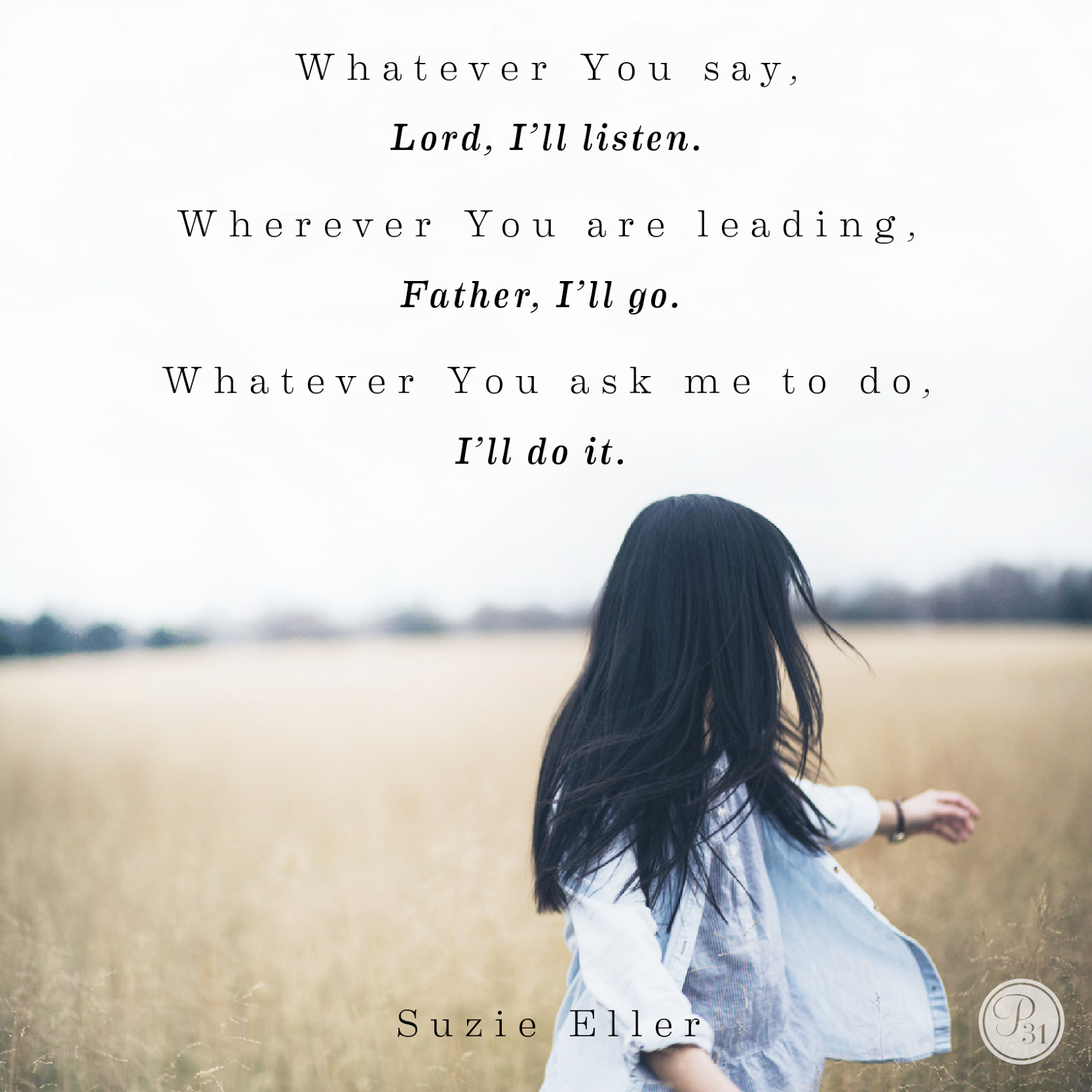 I took a year off from speaking.

Did I say that lightly? As if it was no big deal?

It was one of those decisions that you wrestle with. That you count all the reasons it’s not a great idea. Even though you know it’s where the Holy Spirit is leading you.

I finally laid it down, and then mourned as I stepped away from a beautiful speaker team I loved doing life and faith with. Over the next year I took every message I had ever taught, even the ones that I loved and had watched God work through, and tossed them. I removed them from my files, because if they there were there I’d be tempted to share them one more time.

Have you ever felt God asking you to put something down?

Are you still holding on to it?

I held on because it was tried and true.

Speaking and ministering to women is something I love, but it was also something that had become familiar. Not like in the beginning, when my knees were all wobbly and my heart raced like it was on fire.

When I realized how amazing it was to share the Gospel, and watch God work. When I finally found my rhythm. When I finally discovered how to pray and prepare and let God do the rest.

I held on because it was a good thing.

Speaking was a “good thing.” I did it for Him. So I held on.

How many times do we pile up “good things” and burn up because we are juggling all of them?

Sometimes you do that good thing for a season. Other times you put it down so you can fill back up (which is what I knew God was asking me to do).

I held on because, well. . . because it made no sense to put it down.

I was on a speaking team that a lot of women would love to be a part of. I say that with humility. Hear me. And yet the whisper I heard when I sensed the Holy Spirit asking me to step away was another voice — one that tempted me to hold on tight.

Do you realize what you are giving up?

If what I do is for Him, then putting it down isn’t a big thing — especially when He’s the one asking.

I held it up that day, because what I do is for Him. I opened my hands in surrender.

If God is asking you to put something down, put.it.down.

Forever, if that’s where He is leading.

He knows you better than anyone else. He understands you are doing it because there’s a need, or you are afraid that if you don’t do it, no one will. He sees that it’s become familiar — and there’s nothing wrong with that — but follow where He’s leading.

Why did He ask me to put speaking down for a year?

Because I was flat out of words. I had blogged, written, authored, and spoke myself into an empty well. There’s nothing quite so unappealing as someone showing up to minister, who is as dry as a bone.

Putting it down for a year meant I could fill back up. Be inspired. Spend time with Him.

The reason I tossed every message is that I longed for a new word. The old words were good, but there was more God needed to speak to this girl’s heart.

Instead of climbing on a plane or in my car every few weekends, I was going to the Farmer’s Market with my sweet guy, moving my shoulders in rhythm to the street musician’s music, and loading up with local produce that I could pour into a new recipe. 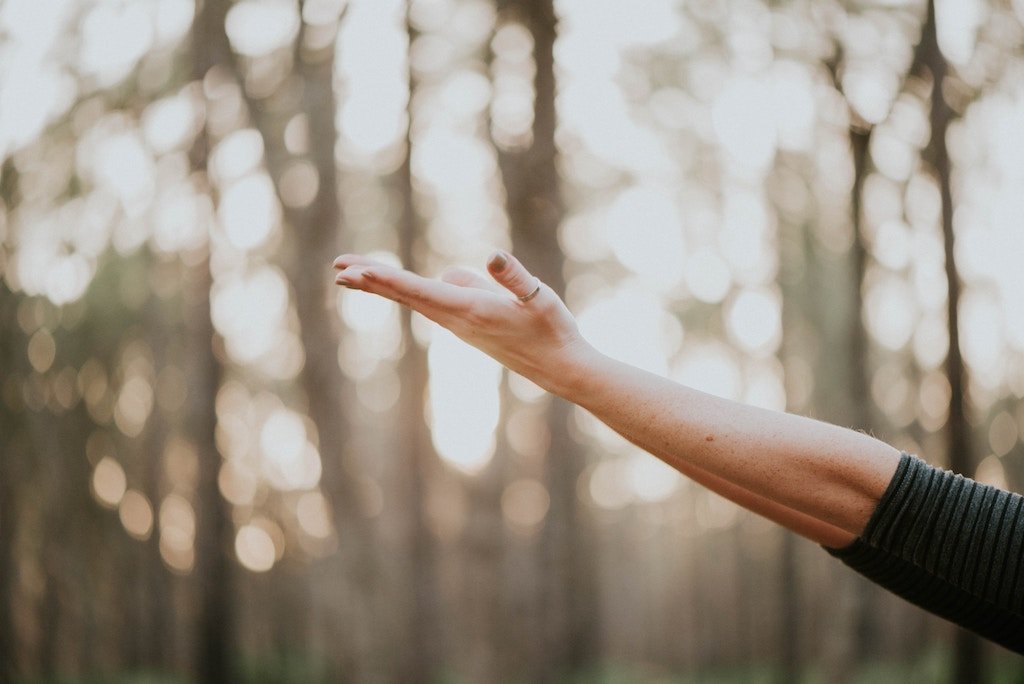 One day I woke up refreshed. I didn’t realize how tired I was, how empty I felt, until I slowed down long enough to fill back up.

I was still writing books. I was still studying, but my sabbatical from speaking meant I wasn’t creating messages. I wasn’t working with women’s ministries directors over details. I wasn’t sitting in airports for hours on end. I wasn’t managing the list of items you have to take care of before leaving for an event.

The year ended. I wasn’t sure what God had for me, but I felt ready.

[bctt tweet=”If God asks you to put something down, perhaps it’s because He wants you to pick up something new. #ComeWithMe #livingfreetogether” username=”suzanneeller”]

Last night I stood in front of a crowd of beautiful women, an open Bible before me. I shared the message God had placed on my heart. At the end of the night, I couldn’t hold back the tears. I treasured the moment I prayed with a woman who ran back into the arms of Jesus. I delighted as I worshiped with women.

Yet I’m holding it loosely. All of it. Every part of this thing called ministry. It’s not mine to hold tightly; it never was.

Maybe God has been drawing you away from something for a season. You’ve been gripping it with all your might because you’re invested in it. It identifies you. It’s what makes sense.

He can’t give you what He longs to give you, until you put it down. Surrender. Give Him every bit of it. Hold those hands open so He can fill it with something new.

Then watch as God works in you.

Q: Why do we hold on to what God is asking us to put down, even if for a season?

Take a moment and put everything you are doing before Him. Do you sense Him asking you to let go of something? Surrender it. 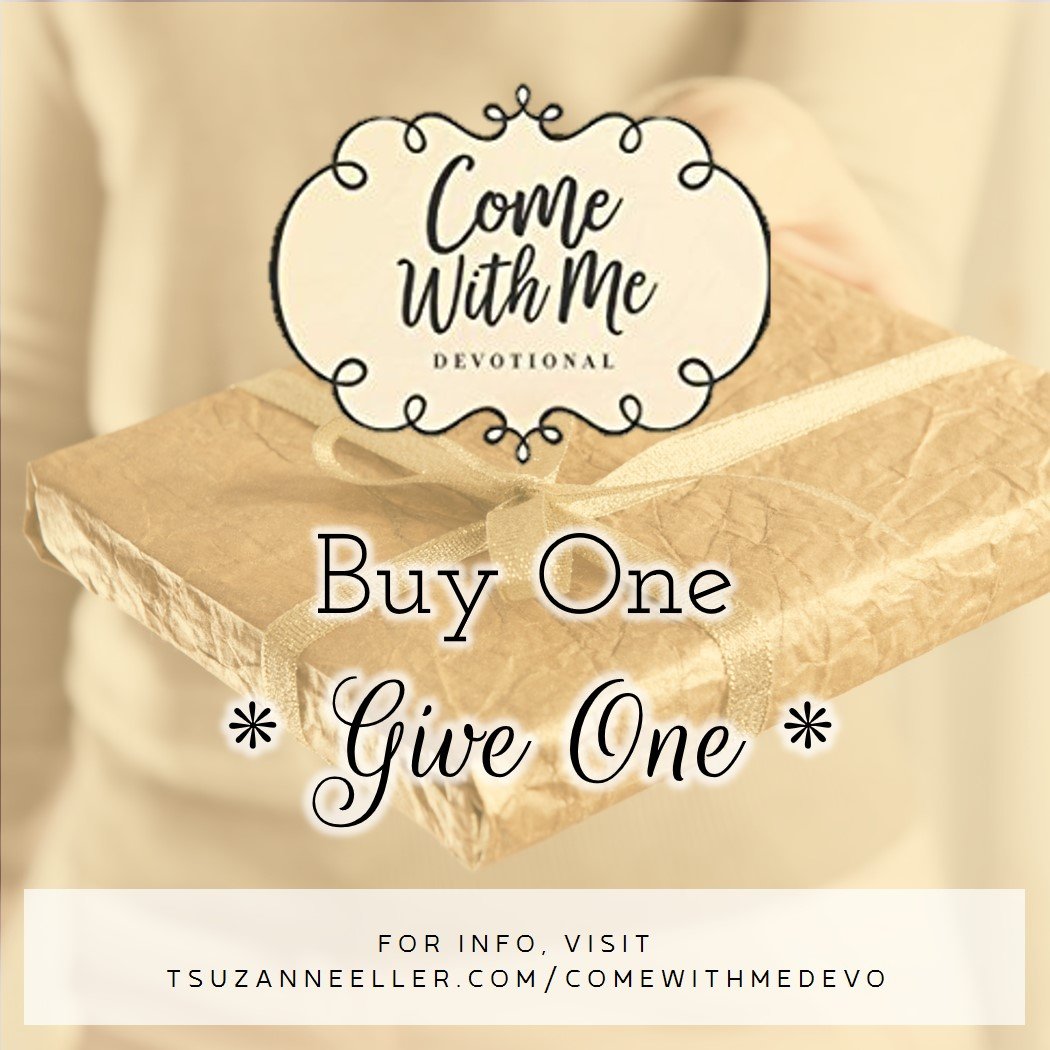 Friends, it’s the last few days of the Buy One Give One preorder launch for Come With Me Devotional: A Yearlong Adventure in Following Jesus.

If you buy a copy of the book for your personal walk with Jesus, I’ll match it. Instead of putting funds behind marketing a book, my heart is to invest in people. I’ll place that matching book in the hands of a woman in prison, a refugee woman living in the U.S., a woman rescued from sex slave trade, or a woman seeking hope or truth, but doesn’t realize it’s found in Jesus.

How do you participate?

Want to know why I wrote this?