Feelings: When an apology isn’t on the way

Sometimes you read something, and there’s no way you can say it better than they did. That’s what I felt about this raw, beautiful Encouragement Today devo from Stephanie Clayton. 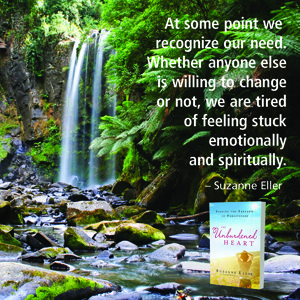 “For freedom Christ has set us free; stand firm therefore, and do not submit again to a yoke of slavery.” Galatians 5:1 (ESV)

I wanted to share what happened but the words would not come. Even if they did, would I feel better? I hoped so, but doubted the process. This part of my life had been hidden for 10 years; surely another 10 wouldn’t hurt, right?

Although I wanted desperately to run, I desired freedom more than escape.

Freedom from nightmares, uncontrollable mood swings, panic attacks, and the feeling of gasping for air. Freedom from unforgiveness. Hiding any longer from my pain would never help me move forward. So I stayed in counseling.

Uneasy, I described what happened. The sounds, sights, and smells returned as if it were yesterday. I was left wanting one thing.

Couldn’t someone say they were sorry for what happened? Not a shallow apology, but one that would restore meaning to my life. One that would somehow return my loss of innocence. Surely an apology from the man who raped me would make a difference, right?

After 10 years, I knew I wanted freedom from the unforgiveness that seemed to enslave me. But how was I supposed to forgive when he never said, “I’m sorry”?

Later in the week I’ll share the rest of Stephanie’s story. It’s powerful.

But today’s let talk about how to forgive if an apology never comes.

Perhaps forgive ness can never be an option because the person is no longer in the picture.

Perhaps a person sees it through his or her own pain, or brokenness, and apologizing doesn’t even make sense to them.

And if evil is involved, unless this person finds the redemption that Christ offers, there may never be an apology.

So, where does that leave you?

Choosing to forgive when you may or may not ever receive an apology means that you recognize your own need.

As a young mom, I recognized my need to give my child a spiritually and emotionally healthy mom, rather than one tied to the past.

As a believer, I recognized my need to discover the depths of what Christ saw in me.

As a woman, I recognized my need to break a stronghold of generations of broken women passing down a tired legacy one after the other.

So, what is your need today?

It’s not necessarily a need to hear an apology. It’s amazing if you receive one, but what then?

In John 5:6, Jesus asked a sick man a very personal question. The obvious need was his inability to move, but Jesus went below that, diving into the heart of this man. He said:

Do you want to get well?

That, sweet friend, is a question that we answer as we wait for an apology. It shifts our focus from the obvious need to the heart, where Christ abides, and wants to thrive in you.

I hope you’ll join me and about a thousand other women on February 28th in the Bible and book study, The Unburdened Heart: Finding the Freedom of Forgiveness.

To sign up, just subscribe to this blog and we’ll explore the freedom of forgiveness together for six weeks.