How do you forgive if the person you love/struggle to forgive hasn’t changed? What about addiction? Is it possible to forgive in this instance? Today Taylor shares her story of growing up with an alcoholic mom, and how she changed even when her mom didn’t. ~ Suzie

Growing up, my mother struggled with being a mother.

She was an alcoholic. For the most part she was an angry drunk, but it went in cycles. She would be really upset and crying one minute, the next laughing, and then it would always turn into anger. It was such an emotional roller coaster. There were quite a few times when she would get so low and depressed that she would lock herself in her room threatening to kill herself.

Those times were the scariest.

There were times my siblings and I would pour out some of her alcohol and replace it with water. At first she had no clue we were doing it but eventually caught on. We continued to do it here and there knowing that the consequences might be much worse than what was already to come, but it was worth the risk.

I wanted a mother so bad that it was pathetic.

I kept thinking that if I could just fix her it would all go away. I remember being about 8 years old and finding her pot stash. I hid it from her with the idea that it would fix everything. Come to find out it changed nothing.

A few years later I thought, “Well, if you can’t beat her, join her.”

I began smoking weed the summer before 7th grade. I began to lose any respect I had for her at this point. I never wanted to be home so I did my best not to be.

I hated that I would come home and have to pick her up off the floor and change her clothes because she peed all over herself.

I hated coming home and finding her on the floor not knowing if she was dead or passed out.

I hated her for not being there for me when I needed a mother.

But, I also loved her at the same time.

By the time I entered high school I was partying all the time. One night my mom came into my room and I was snorting a line off the countertop. I am not even sure she remembered it the next day. Those days I felt like she was more worried about whether I could take her to the liquor store to get her more booze than what we were doing. My brother and I had parties in the basement while she was upstairs getting plastered by herself and talked to various men over the internet.

When I was in the last trimester of my sophomore year I met a girl named Tracy. She was a Christian and well aware of my drug and drinking habits, but we still became great friends. I went to young Life meetings with her… always high, but it was fun and got me out of my house. She even convinced me to go to camp that summer. She guaranteed us it would be the best week of our lives.

She was so right.

After returning from camp I stopped partying. I hung out with Tracy a lot more, went to YL sober, and went to church. But there was even more strife between my mother and I. She used my new love for God against me any chance she got. I was just a baby Christian and my attitude and hatred toward her did not magically disappear, but increased.

By the time I was 16 I was living out of a car. My entire wardrobe resided in the back. I went to school, work, and couch surfed for a while until I finally moved into my boyfriend’s (future husband’s) house.

During that time, I put God on the back burner. My boyfriend and I lived a sinner’s life; we continued to call ourselves Christians but our fruits did not show it.

When I was 22, I was led to a church. I was so hungry for everything they were teaching. For what they were doing.

My life was completely changed as a church became my family.

My life was completely stripped and exposed. I finally saw a road to freedom, and I was delivered. Though I had given up the desire of having a mother, God filled that void.

I started to realize that her alcoholism wasn’t my fault and that she was a victim, too. Her mother had struggled when she was a girl, and had rages and was suicidal.

I started to believe that I could still love her, and with healthy boundaries have a relationship.

The thing is, that was a long time ago and she has not stopped drinking.

She does respect the boundaries that we have in place, and though our relationship isn’t close, it is growing. It is also the healthiest one we’ve ever had.

So, even though my mom hasn’t changed, what has changed is my heart.

I have forgiven her. I now see her the way God does, and I have released her to Him. It is not my job to fix her. This is God’s job and he is big enough.

By forgiving, I know where to find the love I always desired. 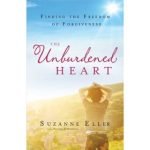 Maybe you are reading this and it feels like your story. An alcoholic dad. Mom. Or an adult child, and they haven’t changed.

Taylor is sharing a powerful truth. Sometimes people don’t change — not in the timing we hope, or in the ways that we wish.

Maybe, they aren’t able, due to their own hurts or perhaps simple selfishness, to be a parent to you, and that hurts. But Taylor realizes that God can and will fill those gaps. I love that she used the word “delivered”. As a mom I know this is a powerful word. We are delivered as newborns into new life. God loves us so much that He heals and delivers, bringing us up and out of pain or bondage into new life, breathing new life into our hearts and the path that we take from that moment on.

Let’s take this deeper today in our conversation. Taylor will stop in.

Maybe your parent was an alcoholic and has changed, like my good friend and Proverbs team mate, Karen Ehman, who shared her story in The Unburdened Heart: Finding the Freedom of Forgiveness.

Though their stories are different, the results in Karen and Taylor are the same . . . all because they forgave. (Read Karen’s story.)