Are we looking at the wrong miracle? 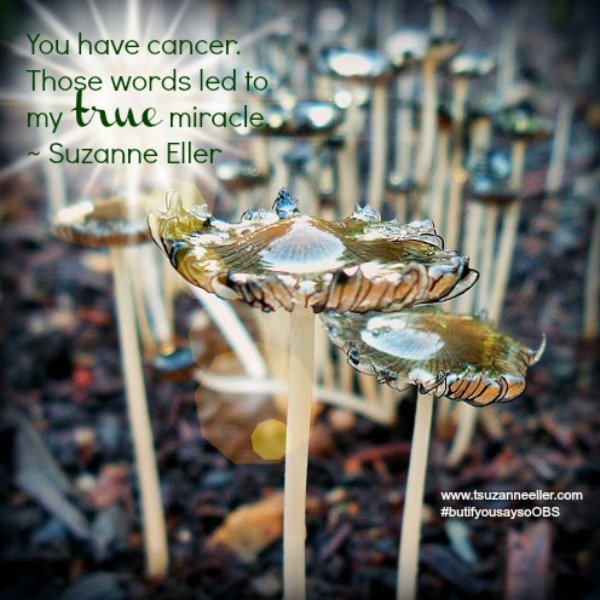 Twenty-two years ago I received a miracle.

I was 31 years old and found a lump in my breast. The lump was cancer.

The cancer had spread.

At one point the news was so bad that Richard and I had to talk.

I can see us now. A young couple sitting on a sterile hospital bed. The young woman wrapped in gauze, a tube running from her side, her body forever changed by surgery.

A young husband with no words, other than to hold her tight as she said the words so hard to hear.

Honey, I want to be here with you and the kids. That’s my whole heart. That’s how I will fight. But if Jesus is taking me home, then He’s shown me the joy of being with Him.

Our miracles began the next day and the next, and the month and years after that.

Big miracles. Tangible. Even my doctors said so, rubbing their heads and saying, “This isn’t normal, Suzie.”

Why me, when others go on to be with You?

That’s a question I planned to ask God one day.

Then as I was reading our passage for this study, it occurred to me that the fish were never the true miracle.

It’s what people had their eyes on. It’s what we talk about when we quote this passage. It’s extraordinary. Things like that just don’t happen.

But if you notice, Simon Peter walked away and left the fish in the nets.

Why would you leave a miracle like that behind?

This morning as I walked my three miles and prayed, suddenly I saw that this wasn’t just about Simon.

I saw my miracle in a whole new light and tears began to fall.

For the first time in 23 years, I realized that my true miracle was never about the healing.

Simon walked away from the fish to receive a greater miracle that took place in the deeper waters.

The people waiting to be caught with a message of hope, rather than fish in a net, became the focus for Simon.

My healing was a tremendous gift. I will never deny that.

But the true miracle took place as a young couple with three precious children trusted him, no matter the outcome.

The true miracle showed up in a girl who passed her five-year survivor mark and walked away from a secure job to write words about Jesus, because she didn’t want to waste her second chance, and somehow Jesus used that girl’s words to draw others to Himself.

And if Jesus had called me home?

There was a miracle waiting there, too.

Hear my heart. I am grateful for what I have been given, but walking into His arms as His beloved daughter will one day be a miracle of the greatest sort.

For knowing Jesus is ultimately the miracle that we find in the deeper waters.

Knowing who we are. Discovering who He is.

It’s about you. It’s about Jesus. It’s about what takes place in us as we walk with Him, no matter where that leads.

Q: In today’s study, we are asked to shift our focus from the “fish” to the true miracle that takes place in deeper waters.

Q: Read the following verses written by Peter in later years. Underline any words that reveal the true miracles offered to each of us.

3-5 What a God we have! And how fortunate we are to have him, this Father of our Master Jesus! Because Jesus was raised from the dead, we’ve been given a brand-new life and have everything to live for, including a future in heaven—and the future starts now! God is keeping careful watch over us and the future. The Day is coming when you’ll have it all—life healed and whole.

6-7 I know how great this makes you feel, even though you have to put up with every kind of aggravation in the meantime. Pure gold put in the fire comes out of it proved pure; genuine faith put through this suffering comes out proved genuine. When Jesus wraps this all up, it’s your faith, not your gold, that God will have on display as evidence of his victory.

8-9 You never saw him, yet you love him. You still don’t see him, yet you trust him—with laughter and singing. Because you kept on believing, you’ll get what you’re looking forward to: total salvation. (1 Peter 1:3-9 The Message)

Thank you to Rebecca Drake of bdrakephotography for permission and use of this beautiful photo.