Did you know that God is looking for you? 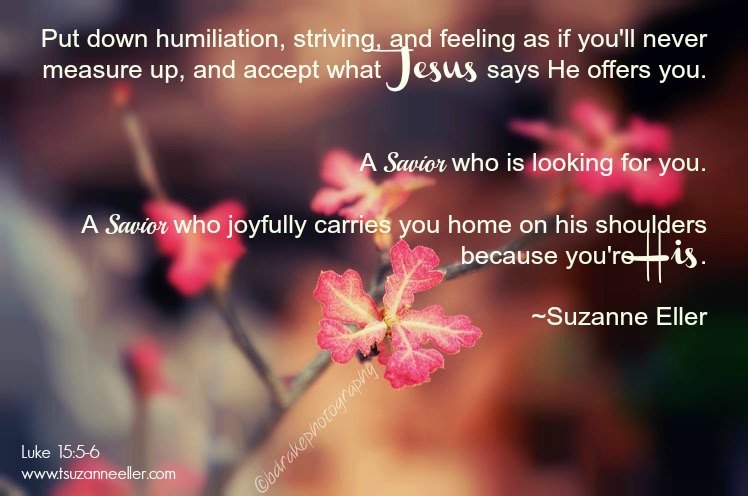 She was raised religious, but had a pretty negative view of what that looked like.

While we chatted, the conversation led to faith. I had no agenda. It had just come up naturally in our conversation.

She wasn’t mine to save. But she was mine to befriend, to get to know. To hear her heart.

As we chatted I told her a story of something that took place that weekend with my brother. How we had prayed together and sensed the love and compassion of God.

She closed her eyes, pushing back tears.

“That’s the kind of faith that I want,” she whispered.

It’s only the beginning of my friendship with this intelligent, funny, young woman. I like her a lot. We talk about food. Gardening. Family stuff. Life.

She’s my new friend, and that’s a gift.

But first she’s a woman pursued by a God who loves her.

This morning I was reading Luke 15. In it Jesus is eating with tax collectors and sinners and the religious guys just can’t take it. They approach him. “What are you doing?” they ask.

Jesus answered the way he often did, with story.

He told of a shepherd who had 100 sheep and one went missing. He left the 99 to find the one. He told of a woman who lost a coin and how she swept the entire house until she found it.

Then he told a third story of a father whose son left home. The son squandered his inheritance and ended up in a pig sty. He came home with his head low, hungry, and humiliated. What he expected was an angry father. Or a place of servitude.

What he didn’t expect was the sight of his father running, dust flying from the hem of his robe, his arms open wide to receive his son.

Men in that culture didn’t run. They were patriarchs. This was a man of significant reputation in the community.

As I read, I wrote this down in my journal.

I think we emphasize the wrong thing as we talk about our faith with people. We often talk about what we they need to do, or what they aren’t doing. The emphasis in this passage is not about our righteousness, but rather on the heart of a Savior seeking those who are lost, and the great joy that brings Him.

I pray that she’ll discover this God who runs toward her with arms open, hem trailing through the dust, rejoicing because his daughter has returned home.

Where you raised with the emphasis on your righteousness?

Have you have felt that God is distant, or that you can not measure up?

Maybe that’s kept you away.

Or maybe you “came home,” but you’ve been living your faith as if your Heavenly Father is disappointed in you.

Neither of those are found in these stories.

You don’t have to stay away anymore.

You can put down humiliation, striving, a feeling as if you’ll never measure up, and accept what Jesus says He offers you.

A Savior who is looking for you.

A Savior who joyfully carries you home on his shoulders (Luke 15:5-6) because you’re His.

This is hands-down one of my favorite Proverbs 31 devos called The Story of the Running Father. I hope you’ll read it and be encouraged.

Q: As you read the stories in Luke, underline every time you see the word rejoice, joy, or joyfully. How does this change your perception of God?

Thank you to Rebecca Drake of bdrakephotography for permission to use her beautiful photography.