My Risk: Breaking the stereotype 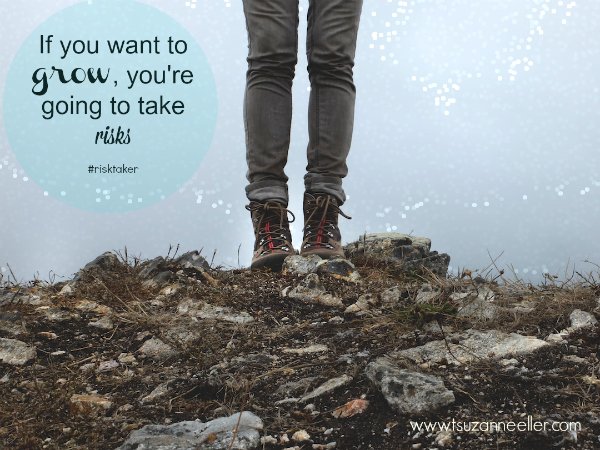 But let’s be honest, there’s not a manual that tells us how to be a good mother-in-law.

And it can be tricky.

But this is where I wanted to be a risk taker.

I wanted to break the stereotype of the word mother-in-law. I didn’t want to be a bad joke.

I wanted to take the risk, not just to do it, but because there were people I love involved, and it mattered.

My first risk was to embrace the new.

The old way is comfortable, but my way isn’t always the best way. It’s definitely not the only way. I decided to hold our traditions and way of doing things a little less sacred.

What makes anything sacred are the memories involved, right?

Embracing the new allowed us to make new memories together as a family.

My second risk was to hold loosely.

When you’ve been a mom for 21+ years, you’ve been used to giving advice. Used to Sunday dinners, or Christmas around your tree. You treasure the one-to-one conversations, and time with your child.

Now you’re sharing them with someone else. Lots of someone else’s as you include their spouse’s family.

Holding loosely might feel like strange at first, but holding tightly allows no room for growth in an adult relationship. I discovered something incredible as I opened my hands in my relationships with my adult children:

Giving advice where it’s not needed.

Pushing in too close when a couple needs space to define what their family is going to look like.

Being jealous of a relationship because you feel that they’ve taken the place you used to hold.

Waiting to share advice when they come to you.

Giving space for the new relationship to flourish, and finding that there’s still lots of room for you in there, too.

Trusting their choices, and if they are wrong, letting them learn through them just like you did.

I wish that I could say that I do these things perfectly, but I’m not a perfect anything.

But this is what the word mother-in-law looks like to me. It’s family. It’s discovering that you can love beyond borders.

It’s what makes this girl happy. 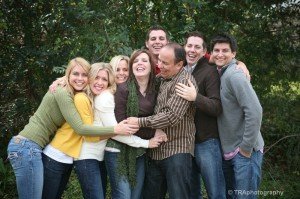 I love this picture because it wasn’t supposed to look like this. It was a last minute squeeze by my son (the tall guy in the back) that just happened to be caught on camera.

But if I could describe my journey as a risk taker, this just might be the image.

I never know exactly what it’s going to look like as a risk taker. I’m not even certain it will all work out.

But then there are those sweet moments when you just happen to get a glimpse that it’s messy and fun and totally worth the risk.