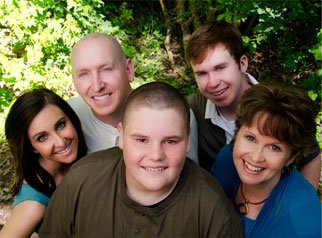 Today my friend Karen Ehman, Proverbs 31 Ministries author and speaker, joins us to share how “keeping it shut” was her biggest battle.

Maybe you identify with Karen’s temptation to just let words fly. I think we all do at some point. Right? If so, you’ll want to check out her new book, Keep It Shut: What to Say. How to Say It. When to Say Nothing at All.

In your anger do not sin: Do not let the sun go down while you are still angry, and do not give the devil a foothold. Ephesians 4:26–27

I wrestled with several plastic grocery bags as my purse swung wildly from my shoulder. I was trying desperately to free up a hand to open the back door that leads from our garage into the kitchen. Tired from a long day of errands and appointments, I just wanted to get into the house, put the groceries away, and then collapse on the couch.

As I fumbled with my keys and stepped up onto the landing that leads into the kitchen, I nearly tripped and broke my neck. I also broke out into a horrible rant as I saw the reason for my near trip and fall.

“Kenna! Mitchell! Spencer! You kids get out here right now and take care of these shoes and boots. I am sick and tired of how you all just toss your shoes here with absolutely no regard for what I’ve told you. You know your shoes go on the rug. I don’t want to ever see this junk lying here again. You hear me? You are all so lazy! Now I said get out here … right now!”

My kids heard me all right.

So did half the neighborhood.

I have a major pet peeve about the shoes, sports cleats, boots, and flip-flops that collect in our garage. First, I’d prefer that each family member have only a pair or two there. (That day there were about nineteen, and only four were from my husband and me. The other fifteen or so were from our three darlings. Yes. Crunch the numbers. That’s five pairs each!)

I also prefer that shoes be lined up neatly in a row on the lovely industrial rug that is strategically placed just to the right of the landing for my clan’s convenience. I’ve even timed out how much longer it takes to actually place said pairs of shoes neatly on the rug instead of kicking them off haphazardly.

But my kids couldn’t seem to get with the program and so? It made me angry. This wasn’t the only time a domestic dispute broke out. There were other shouting bouts as well. Sometimes they were over issues of outright disobedience when I had specifically instructed a particular child to clean up a mess they had made. Other times it was over an accident: spilled grape juice on the light-colored carpet, too much laundry soap in the new front-loading washing machine, a screen door left open and now there were mosquitoes in the house. Many normal mishaps of childhood.

Although on the one hand it felt good to vent my anger, on the other hand it made me gulp in guilt for barking so angrily at my sweet children. Later, after the shoes were straightened and some even put away, I felt God tap me on the heart, prompting me to apologize to my kids. I fought it for a while, arguing that the kids were the ones who should be apologizing to me.

It was then that I felt God clearly say, “Mind your own sin, sweetheart.”

Ouch. Yes, my kids’ disregard of instructions wasn’t right. Children should obey their parents (Ephesians 6:1). But when they don’t? Well, I couldn’t recall a single verse that then grants parents the right to holler and scream, giving all of the neighbors who were trying to eat their spaghetti supper both dinner and a show. 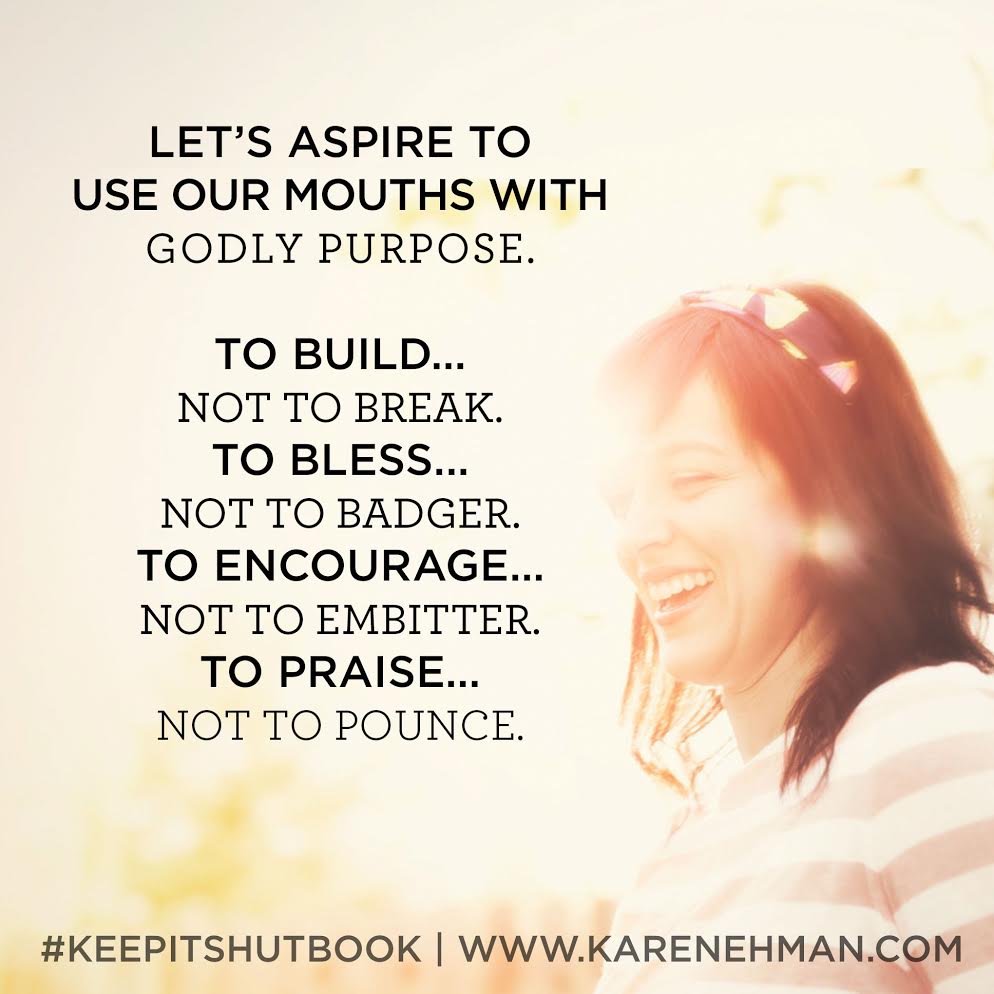 I apologized to my kids that night before they went to bed. I asked them to forgive me for my angry mama mouth. Then together we strategized about how we could remedy the whole footwear fiasco in the garage. I realized that part of the reason I was always badgering my clan to get with the program was that there was no good program for them to get with in the first place.

The industrial rug just wasn’t cutting it. So we cut the rug. With a trip to the department store and some nice wire shelves, we found a solution to the footwear conglomeration.

I didn’t get my entire desired neat-as-a-pin plan, but the modified version still worked better than the industrial rug. As a result, I no longer badger my poor kids about their shoes. My vocal cords aren’t so sore, and the neighbors can now enjoy their dinner in peace.

And I learned that day a very valuable lesson…

Don’t say something permanently painful just because you are temporarily ticked off. 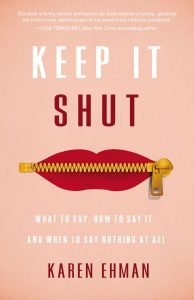 mment below to enter to win a copy of Keep It Shut.

What people are saying about Keep It Shut:

What People Are Saying About Keep It Shut 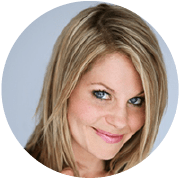 Words are the most powerful weapons we have. They can be a sharp sword or a soothing salve, both having the ability to change someone’s path in an instant.. I wish every one of my social media followers would read this book along with me.” 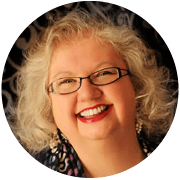 – Liz Curtis Higgs, bestselling author of The Girl’s Still Got It 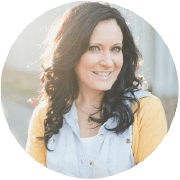 “This book is funny, honest, and tackles the hard subjects of gossip, speaking the truth in love and the power of our words from a biblical standpoint. It is the perfect book for our social media driven world.”- Lysa TerKeurst, New York Times bestselling author of The Best Yes and president of Proverbs 31 Ministries 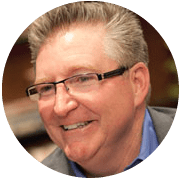 “Our words have the power to build up or to destroy. It’s no wonder that the Bible compares the tongue to both forest fires and swords. Karen Ehman’s book offers solid biblical counsel for those who want their words to be vessels of grace and healing.”