When you’re tired of being a debt collector 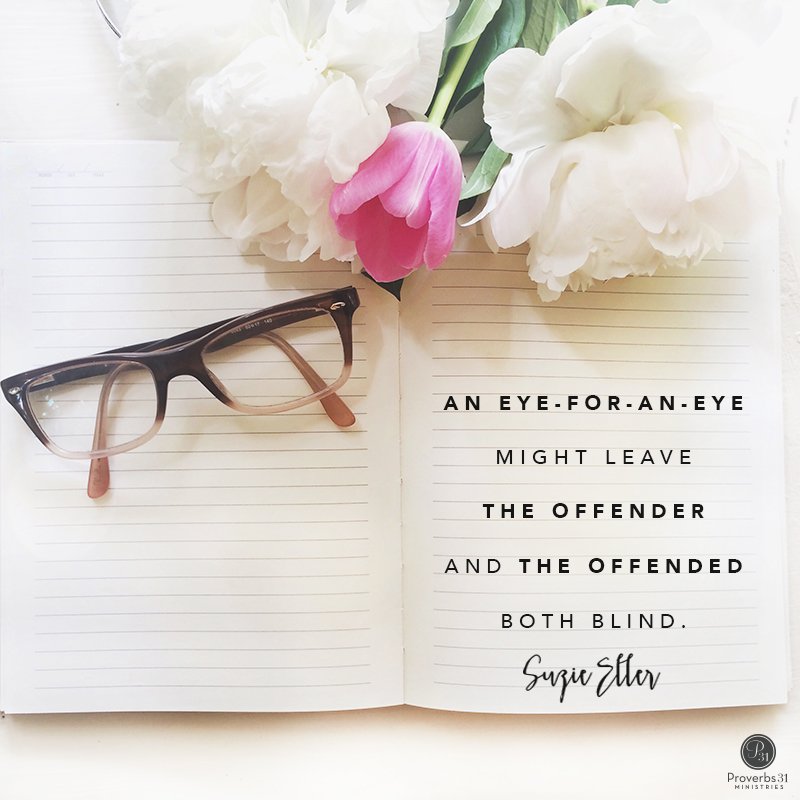 If you came over from Encouragement for Today, welcome! I’m so glad to see you.

He came to live with us for a year or so. He needed a safe place. We didn’t realize that taking in “D” also meant that we were going to deal with some pretty awful debt collectors.

One called daily. He threatened. He bullied. We had nothing to do with “D’s” finances, but his threats turned personal against us.

We explained that “D” was working hard and paying off his debt, that his life was turned in a new direction. That living with us offered him safety and stability, but there were also requirements involved. One was getting his finances in order.

Richard and called the guy to let him know that “D” was one payment away from being square.

The debt collector asked to come to our home to pick up the payment. . .

We had no idea who we were dealing with.

He showed up on our doorstep with a couple of scary guys. I mean, like the scar-running-down-one-side-of-the-face scary guy. The guys with arms crossed and pushing in on my front door. The kind of guy that said he was coming to work things out, when what he meant was that he was coming to bully and push around whoever stood in the way of taking the car back with him.

I’ve never stood toe-to-toe with a really scary guy before that day.

I called for help to make them leave, and when they finally did I wondered. . .

How did they do this day after day?

Suzie, how does this relate to today’s devo? 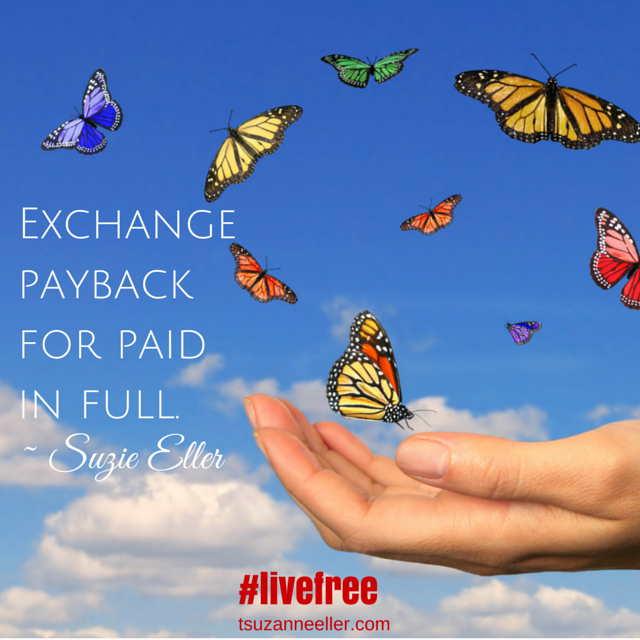 We can get so trapped living to make others pay that we become the ones paying the price. We’re stuck in the eye-for-an-eye mentality.

We knock down doors in our thought life, continually asking someone to pay.

We remain tangled in the hurts of the past.

We carry around resentment that spills out onto those who never hurt you.

I believe in justice. I do. I don’t think evil should ever prevail. Yet there’s a line that can be crossed, an unhealthy one, where we are no longer praying and pursuing justice, but living as a debt collector.

Maybe you have been waiting to feel satisfied that they’ve paid before you let God mend your heart.

Maybe you’ve been waiting for them to say they are sorry and mean it before you allow God to touch those hurting places.

Perhaps you’ve been waiting for them to show that they are changing to your satisfaction before you embrace your freedom.

What if they they choose to never do any of these things?

What if they do change and you discover it’s not enough?

We weren’t mean to live as debt collectors.

If you sense God leading you out of payback into something so much more, will you take that step toward living free today? I (and a beautiful team of prayer warriors) are here to pray with you and encourage you as you do. 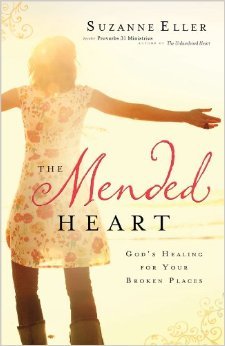 Maybe you’ve struggled because someone or something hurt you and you are ready to heal. You want to let go, but you aren’t sure how.

I hope you’ll join me and thousands of other women in the free Online Bible study of The Mended Heart launching June 22.

I promise you this. It’s gentle. It’s encouraging. It’s honest. You’ll be surrounded by women from all over the world who just want to live free. I’ll be there with you every step of the way, along with a team of women who do this because they love nothing more than watching God work in the heart of women.