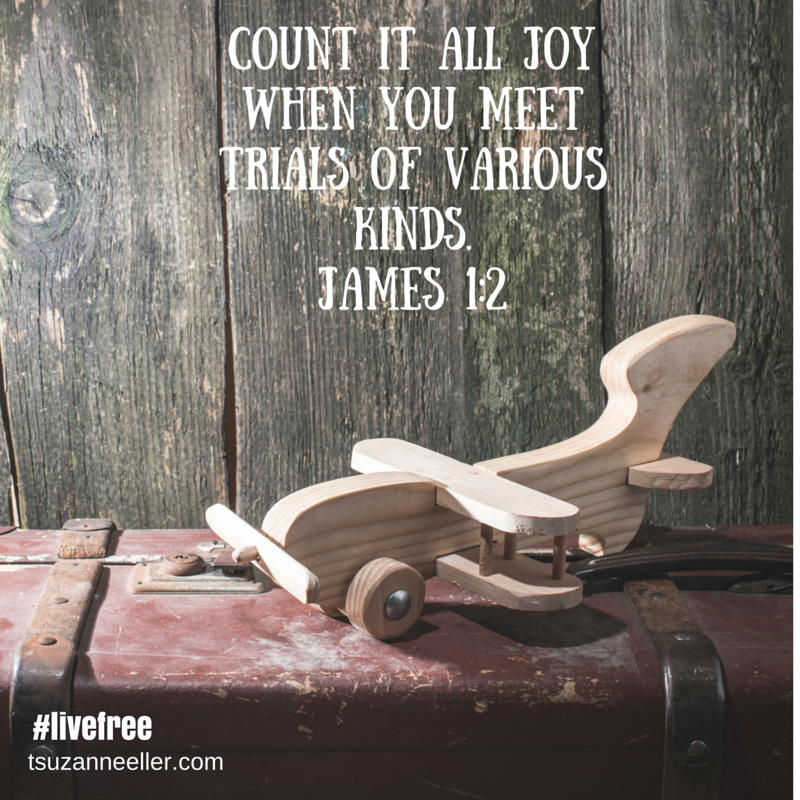 I don’t know if this is how they train pilots or if there’s just a common lingo. Whenever I hear the pilot’s voice come over the speaker on a plane and they begin with this, “Well, folks. . . ,” I just go ahead and brace myself.

There’s going to be a delay.

The plane is broke and we’re turning around.

Turbulence is right in front of us.

Basically it’s saying that something is coming and you’re not going to like it, but there’s not a lot we can do about it, so hang on.

Well folks, the ride is about to get bumpy.

I’m watching a friend of mine whose daughter was just diagnosed with some hard stuff. Nobody saw that coming.

I’m watching another whose grown children are moving far away. She had just settled into the excitement of welcoming a grandbaby. Saying goodbye wasn’t in the plan.

Unexpected turbulence and delays and broken places aren’t usually in our plan. We want smooth skies and easy landings, and for the pilot to do his job and let us enjoy the ride.

So let it grow, for when your endurance is fully developed, you will be perfect and complete, needing nothing.

I spent a couple months recently in the book of James. This verse made me pause. Right there in the first chapter, here is a “Well, folks” kind of verse because right before it is this:

Count it all joy, my brothers, when you meet trials of various kinds.

May I do a Suzie interpretation of this passage? Bible scholars, forgive me.

Well folks, life is going to get bumpy from time to time. You’re not always going to see it coming, but there’s joy to be found in the trip. The testing of your faith produces endurance. You’ll learn how to fasten your seatbelt and hang on for the ride. You’ll trust that I’ll get you through. You’ll expand your lungs of faith as you call on me. You’ll learn what it is to be patient. You’ll find that I’m with you in the dark skies and the clear. And when it’s all said and done, you’ll have made it to the other side and be stronger for it.

If that’s where you are, hang tight. You are in the part of your faith where walking with Him is integral.

You’re growing, even if it doesn’t feel like it. He’s equipping you.

His hands are on your life.

He’ll take you to the other side, but He’ll also show you things about Himself and the journey while you are in the midst. Please hear my heart. I’m not trying to say that what you are in isn’t hard because I’ve been in the “well, folks” part of my life, even this year as my sweet guy battled cancer.

But somehow, because we are His, these bumpy places only affirm that He’s right there with each of us. If that’s where you are, how can I (and my beautiful team) pray for you today?

If it’s somewhere that you’ve been, what is one thing that you learned from the “well, folks” parts of your life that will encourage someone else?