Step into the new God is doing inside of you 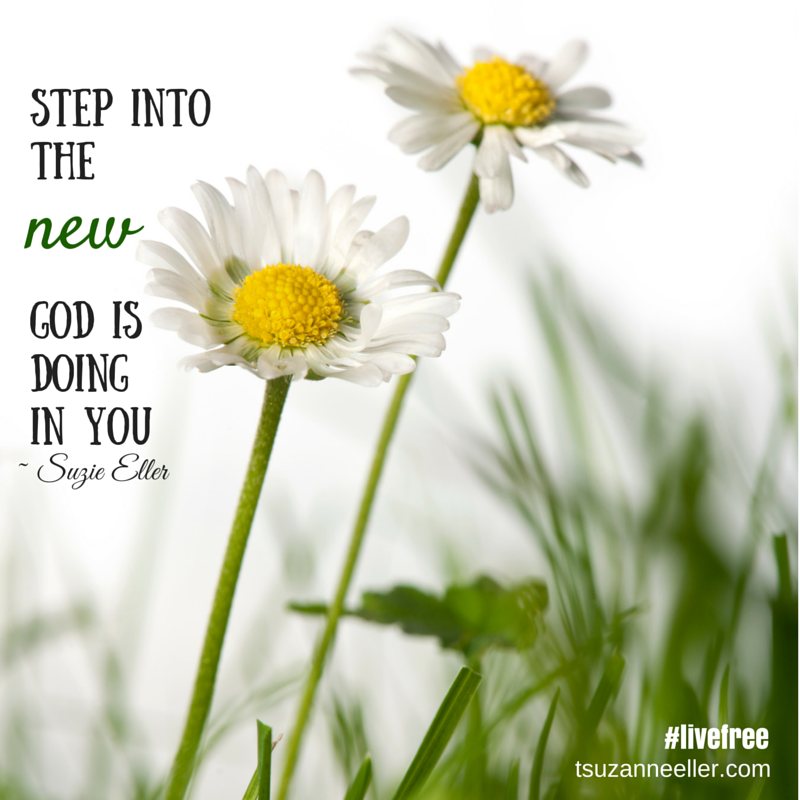 The first time I felt that God was asking me to believe in myself was crazy scary.

I had confidence in other areas. Not a lot, but enough to get by, but this? Believing that God would speak to me and ask me to step out in His name?

I’ve learned a lot since then and what I’ve learned took the pressure off. Woosh — yes, that’s what it felt like.

It’s not pass or fail

Stepping into the new isn’t a test. You don’t get a grade. It’s not based on whether it’s successful. That’s how people judge things.

God just asks us to do it.

My friend, Lysa TerKeurst once said, “Just showing up is half the battle.”

Stepping fully into the new that God is doing inside of you isn’t supposed to be pressure packed or “you have to do it right the first time.” It’s a simple call to experience the new. That’s the adventure.

Just show up. Be there. Be present. Wave your hand in the air when He invites you to experience deeper depths, to trust Him, to be an explorer of your own self with His help.

Stepping into the new is a discovery process. If you had told me years ago that I’d be a writer, I would have said, “Yep, I agree.”

If you had said I’d speak or stand in front of people in any way, I would have told you that you were crazy.

That same doubt would have crept up in a hundred other areas, like confidence, or being at ease with people.

He’s your creator. As you step into the new, there will be things you already know, but there’s ten more that you don’t. Trusting Him is believing that He sees what you don’t.

For years I’ve been telling people that I’m a shy girl that holds a microphone. Not too long ago I felt the Holy Spirit challenge me when I spoke those words.

Really, Suzie? Is that who you are?

Kind of. Not really. Um, maybe not all.

Can you see how this works? Sometimes we hold those old definitions and labels, when there’s new that has been written on our hearts.

So, let those labels drop to the ground. If others try to speak them over you, let the words fall from their lips (it’s what they once saw, so it makes sense), but just be you — the real you.

When I looked in the mirror I saw me — a woman under construction. A building project that was dragging on and on, complete with breakdowns and cost overruns ….

I saw my life as a construction zone. All I could perceive was the dust and noise and sweat. But God, the ultimate designer of my life, reached down to remind me that he had plans for me. It was time to view myself in an entirely different way: As the woman I was becoming. ~ Suzanne (Suzie Eller)
The Woman I Am Becoming: Embracing the Chase for Identity, Faith, and Destiny