Who will I be after the kids leave home? 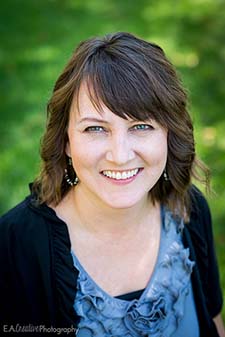 I’d love to introduce you to my #livefree friend, Laura Polk. She’s a newly single mom, a strong woman of faith, and when she speaks her words have a beautiful southern accent.

Today she’s sharing what it’s like when you’ve identified yourself as a mom and wife, and suddenly those roles are changing. I think you’ll love this honest look at the question, “Who am I when my kids grow up?”

Who Will I Be After the Kids Leave Home?

Being a mom is a crazy mix of joy and confusion, sacrifice and commitment. A task that seems overwhelming at times, and yet creeps by at others. A role that can be so consuming, we can’t focus past the next packed lunch.

There’s never been a job more in need of a pause button.

When my children were just babies, the number eighteen became my nemesis. I realized early on that I was only given eighteen years. That’s all I would have with them in my home, growing together as a family and living under one roof.

And then? Their own lives would begin.

There’s never been a better reason for a pause button.

As they grew into tweens and teens, and adolescent issues began to surface, I’d look back at pictures of them when they were younger and realize that it was all moving too quickly. My babies were making their own decisions, driving cars, and working part-time jobs. Time was moving so fast that I didn’t even have time to put the pictures in albums anymore.

And I desperately wanted to hit a pause button.

Now, my oldest is talking about college, and what she will do with her life, and where she will live. And, while I should be thrilled with the young woman she has grown into, and proud of the person I will soon launch into this world . . .

I feel myself clamoring for a pause button.

But, whether I choose to face it or not, my children are growing toward the people I prayed they would become. They have listened to the encouragement of those who love them, learned from mistakes made within the safety of our home, and cried along with me as things didn’t turn out as we’d hoped. They are well on their way to stepping out in their own lives.

And it’s in that realization over recent months that I’ve begun to understand something like I’d never been able to understand it before: While there is no such thing as a pause button in real life, I’d managed to create a serious pause in my personal life.

In all this single parent madness, I’d forgotten the girl I once was. I had to struggle to remember the things I used to like to do for fun. The things that energized me. The things that gave me peace.

Somewhere along the line, I’d paused who I was as a person.

And the further I travel down this parenting road, the more I realize that I can’t afford to do that. Because when the day comes when the last one of my babies launches, I don’t want the image I’ve always had of clinging to their legs to become a reality. Really, I don’t.

I want to be a strong example of a godly woman that has raised her children well, exposed them to the faith, and then let go of their hand so that God can take it and move them into their own callings.

I want to be a woman with her own plans to go forward, her own dreams to pursue in the next phase of her life, and her own gifts to explore and grow in.

I want to be a woman who is excited for what is ahead, and ready to go in the next direction God leads.

And I pray the same for you.

Living free from the need to pause where we are in life for fear that what is next will somehow pale in comparison. Our roles as mothers never end. But, as our children begin to go out and make their way, God is giving us a gift: Freedom to play again.

Freedom to hit the play button instead of pause.

What do you say? Who’s ready to play?

Find our more about Laura Polk. You’re going to love her!