Giving you some love, moms! {{giveaway}} 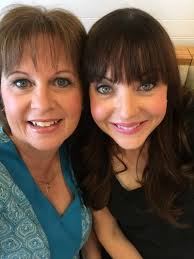 Today’s guest post is from a woman I admire. Karen Ehman is a Proverbs 31 Ministries speaker and best selling author. She cooks up batches of homemade cookies for her son’s football team, drives her older car with a couple of hundred thousand miles, and speaks to women who laugh at her genuine humor and unique way of approaching life.

Karen released her latest book with co-author Ruth Schwenke and I love it!

It’s called Hoodwinked: Ten Myths Moms Believe and Why We All Need to Knock It Off.  Today she’s giving away one copy to one of you. ♥ 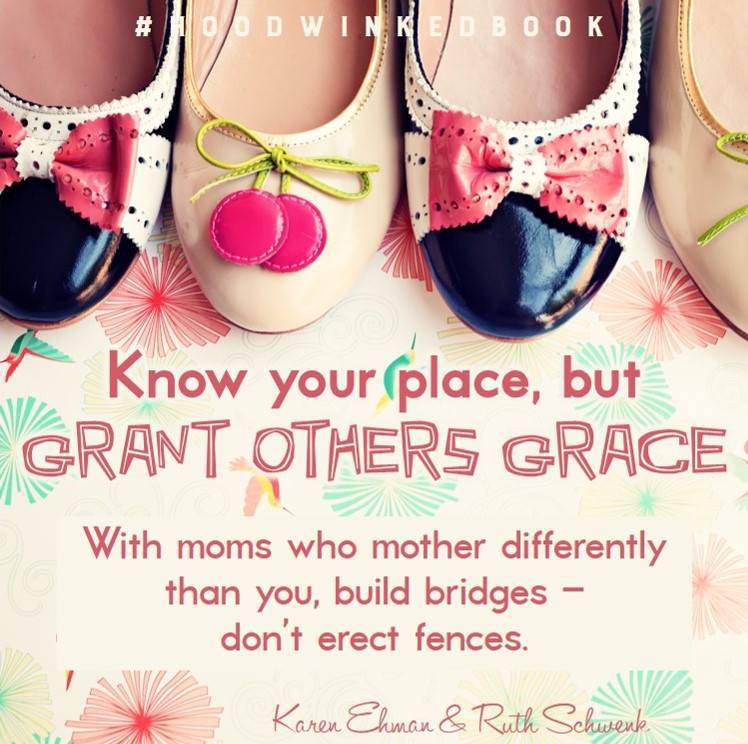 The Great Wall of Motherhood

Maybe I could fake being sick. Or pretend I twisted my ankle. I just have to think of something that will get me out of this!

I was a mess, my heart beating so wildly. It was my freshman year of college, and I stood staring at it—a legend I’d heard about since my very first visit to campus. “It” was made of wood and nails. It stood tall and plain in the mid-Michigan countryside, yet it taunted and intimidated me until I surely thought I’d faint.

They called it simply, “The Wall.”

The legend was also a tradition, one that every single freshman who arrived on campus each autumn must take part in. Every new student must scale the ten-foot beast, assisted only by the members of their twelve-member freshman “core group.”

One by one, each group stood to face The Wall, trying to figure out how to get all the members of their team up and over the wall. On the backside of the wall was a platform, about a quarter of the way down from the top. Once a person was over the top of the wall, they could lower themselves gently and stand solidly on the platform. There they then could reach back over the wall and assist their classmates who had yet to experience the thrill of conquering this wooden monster.

Getting the first person over was the hardest, since there was no one already on the other side—and planted on the platform—to help to pull them up and over the top. Usually teams chose the tallest, thinnest, and most athletic guy to go first. Others hoisted him up on their shoulders, and then he tried with all his might to pull himself up and topple over to the other side.

Our first teammate made it over in exactly that way. Then, one after another, more freshmen were lifted, hoisted, pushed, or pulled until they made it safely to the other side. I did my part to help others over, but I dreaded taking my turn. I tried to speak positively to myself, “Come on, Karen. You can do this. Focus. Jump high and grab on tight.”

When my turn came, I backed up a few feet, took a couple running steps toward the wall, and then leapt upwards toward the top with all of my might, praying all the while someone’s strong arm would catch me.

After a brief moment of panic—when I thought I’d slide back down the wall in shame—I felt the hand of a teammate grab hold of mine and grip it tightly. With all the might I could muster, I simultaneously tried lifting myself up with my arms while swinging my right foot up as high as I could so a teammate standing on the platform on the other side could grab it. After about three tries, I was finally successful. My teammates then hoisted me up to the top of the wall, and I gingerly set my feet down on the other side.

Once I was safely over, we worked together to get the other few members of our team up and over. Our core group had done it! We had scaled The Wall.

Just three-and-a-half short years after I was married, I found out I was expecting our first child. I was excited to be carrying a new life, although I also felt fear as I stared at the massive wall of motherhood that I would now have to scale, mostly because I thought all the weight was upon my shoulders to be my child’s everything.

Caretaker. Provider. Cook. Teacher. Nurse. Social director. Counselor. Coach. And probably something else I hadn’t even thought of yet. How in the world was I ever going to be able to do all that?

The Great Wall of Motherhood seems insurmountable because we moms have been hoodwinked—tricked into believing lies that keep us from not only enjoying motherhood, but forging friendships with other moms who might tackle the tasks of motherhood differently.

Myths such as “Mothering is natural, easy, and instinctive” cause moms to feel like failures if they have questions or apprehensions in raising their kids. Operating from the premise that “The way I mother is the right (and only) way” puts up fences between moms instead of building bridges of encouragement between them.

Lies such as “I am my child’s choices” tempt moms to mistakenly believe that if their child makes a wrong choice then they, in turn, must be a bad mom.

Together we can scale the wall of motherhood as we seek to raise our children on our knees—as deep in prayer as we are in laundry, and homework, and life.

You can do it mom. God is with you. Love lavishly and mother well.

Hey friends, share one myth of motherhood that has caused you to 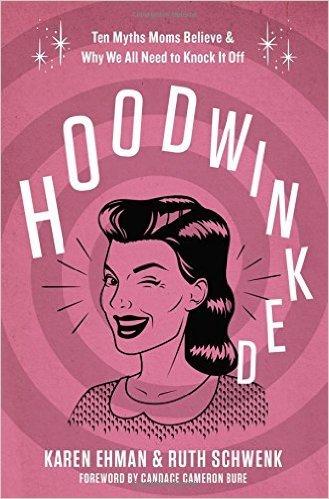 struggle in this beautiful role. If your children are grown, what is one thing you wished you had known when your children were growing up.

Also, let’s get practical. How can we give support to each other? I mean, real support, the kind that allows us to sigh in relief and know we aren’t alone.

Share your comment below and you’ll be entered in a giveaway for Hoodwinked: Ten Myths Moms Believe and Why We All Need To Knock It Off