What to do when the world’s gone crazy 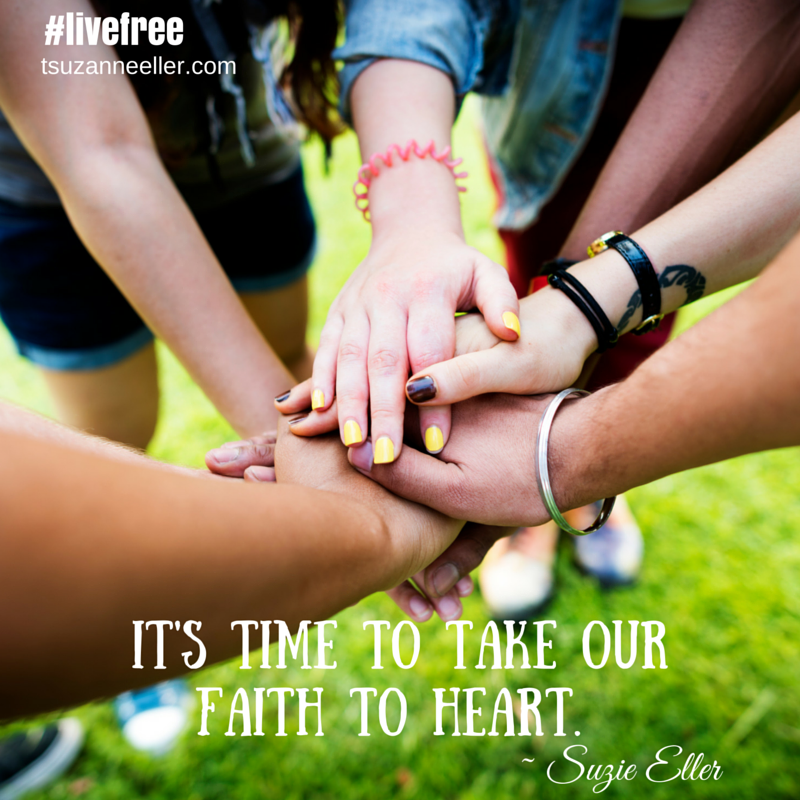 Last week a man and a woman left their six-month old baby behind and walked into a room and started shooting.

It makes no sense.

So what do we do?

Some will go on Facebook and other social media and talk about the same old issues. Same old words. Same old debates. Hot and heated discussions as we one up each other or try to make it political, pushing and dividing . . . while somewhere in this nation a woman is laying on the floor in the dark weeping for her child, her husband, her brother or sister, her mother or dad.

We need each other. The last thing we need is division.

Some will respond with hatred. We’ll look for innocents who abhor this just as much as we do, but because they are different than ourselves we’ll try to place the blame on them. Hate will beget hate.

And as a people and a nation, we’ll lose ourselves in the exchange.

Some will respond with fear. We’ll think thoughts that we’ve never thought before, for that is what terrorism does.

Last week I participated in a city-wide prayer meeting. It was a public prayer gathering. The meeting was announced in churches across the city and in social media.

I stood at the front of the church, prepared to pray with others, and thoughts slipped in uninvited. Suddenly I was very aware of how public this prayer meeting was, and how well advertised it had been.

I looked around the room.

Where’s an alternative exit if we need one?

Is there anyone here who might want to do us harm?

Billy Graham once said, “When Scripture talks about the heart, it’s not talking about that life-sustaining muscle. It’s talking about our entire inner being. The heart is the seat of our emotions, the seat of decisive action, and the seat of belief (as well as doubt).”

Fear has the power to infect our entire being.

The next day I confessed those thoughts to a friend. I told her that I wasn’t timid or anxious, so I was surprised by the unexpected thoughts.

She was quiet for a moment. “Me, too, Suzie.” Her parents were at the same meeting and she had wondered if they had made a wise decision by attending.

What do we do when the world’s gone crazy?

Therefore be alert and of sober mind so that you may pray. Above all, love each other deeply, because love covers over a multitude of sins. 1 Peter 4:7b-8 (NIV)

That night in the prayer meeting — as fear tried to lead me down a dangerous path — I prayed. I lifted my entire being to Him and this is where those prayers led.

I prayed for the girls and women taken in 2014 and who were sold into unwanted marriages and sexual slavery. I prayed that we might not forget. That we’d be warriors on their behalf.

I prayed for those who have lost their lives for His name’s sake, God’s presence radiating in the faces of fellow believers as they left this earth.

I prayed that terrorism would unite believers across the world, rather than divide us.

I prayed for those who are performing evil acts and that, like Saul of Tarsus, they’d walk straight into the truth of God’s love for them and forever be changed.

Then I prayed for us.

I prayed for greater and larger meetings of believers to commit to pray. I asked that we offer hospitality to those who are caught in the middle of these evil acts. I prayed that we would love each other as He loved us. I asked God that He would remind us that we were never promised an easy life just because we call ourselves His — in fact, the opposite is true.

I prayed that when the temptation to fear slips in, we’d react in the opposite.

I prayed we’d take our faith to heart.

Peter was instructing persecuted believers in 1 Peter 4 that our only reasonable response to suffering, evil, and uncertainty is the tenements of our faith: prayer, coupled with love.

It sends a clear message to the enemy (the real one, not those who are masked as the enemy) that he doesn’t win.

It sends a clear message to a watching world that we refuse to engage in useless activities, because we are armed with two of the most powerful weapons one earth.

And it changes us as we remind ourselves who we are — a people marked by what we believe.

What is your response to a world gone crazy?