When the holidays turn into one big argument

Christmas is almost here. Unfortunately for a few of you, that also means that you’ll deal with conflict. This is a post I shared five years ago. I’ve walked through this, friends. I know how hard it can be, but I also know that change begins with us and that leads to living free. Thank you for allowing me to share this with you again. I pray that it is helpful. ~ Suzie 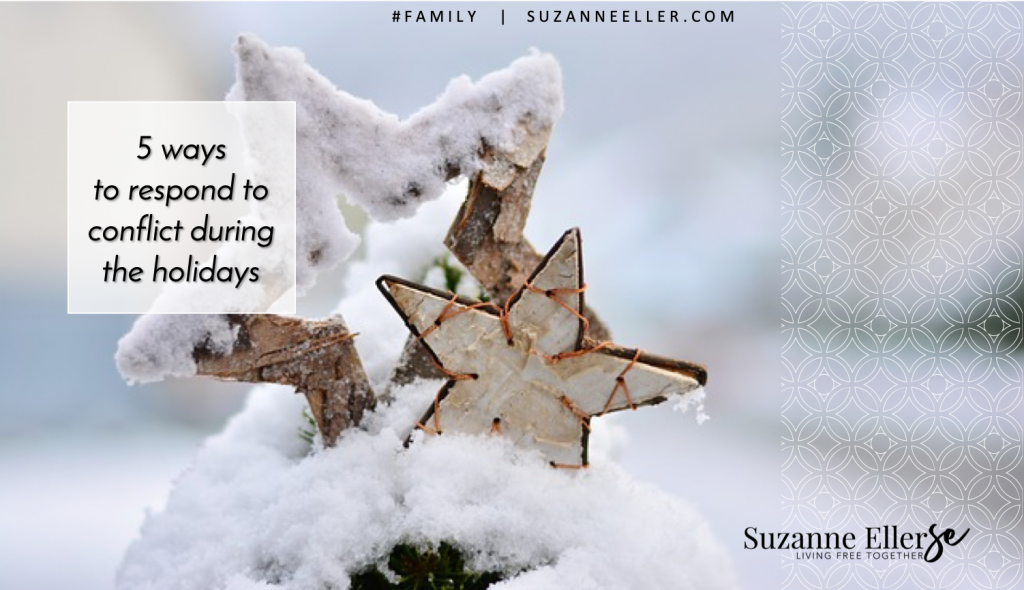 You climb in the car and you feel the tension. You’re already bracing because of the tense text you received, or the message that says you aren’t doing enough, aren’t arriving quick enough, or that you’ve somehow disappointed the person at the other end of this trip.

Maybe that person hasn’t said a word. Yet you are already braced just in case, because it’s happened in the past.

As we go into Christmas, we will encounter someone who sees or believes differently than we do, who will say or do something that is insensitive and has no idea the effect of their words or actions.

Maybe like me, you don’t like conflict because you don’t want to hurt anyone. Or you’re afraid that petty conflict will turn into big drama. Or you’ll lose or cool and end up in a bigger mess than you started with. But conflict happens even in normal situations. Conflict doesn’t have to be damaging.

Today we’ll look at five ways we can deal with it in a healthier way.

Take a time out

If tempers are flaring there’s a real possibility of saying harsh words that you’ll later wish you could take back. There’s a chance that emotions will drive you or the conversation in a direction you don’t want to go.

Take a time out for a minute or an hour or even a day. Assure your loved one that they are important to you, but that you want to work through it when emotions aren’t so heated. Pausing is a strong move. It’s saying that you are willing to work through the tougher issues, but in ways that don’t inflict lasting damage.

Taking that pause allows you to see the person rather than just feel the emotion of the moment.

Get rid of “you” statements

“You” words accuse. They put your loved on on the defense. It’s like backing someone in a corner with a stick, and somehow expecting that good things are going to come from that.

What is the real issue?

This is worth considering. It allows you to consider the needs behind the hurt. These are words that I’ve replaced (instead of using “you” statements) in those situations.

I need you to hug me and tell me I’m appreciated. That would mean so much to me.

I’m overwhelmed and when you help it takes a burden off of me.

Your words carry weight because you matter to me.

If you want real resolution or compression, these statements share the real needs rather than telling someone what they aren’t doing, that they aren’t enough, that they’ve failed you somehow.

Resist sweeping it under the rug

I spoke with a woman recently, who shared the anger she was struggling with toward her husband.

“When you talk with him about it, what does he say?” I asked.

She had been feeling this way for two years. That’s too long. She feared what might happen if she brought it up, but I feared for her if she didn’t. Pushing it down or sweeping it under the rug doesn’t make it go away. It just hides deep inside of you, festering.

If you know that the other person isn’t willing to work toward a healthy resolution, talk to a counselor, to a Heavenly Father that treasures you, to a trusted, godly friend or pastor.

Don’t let it simmer or fester until it blows up between you, or blows up inside of you.

Stick to the topic at hand

This is where conflict can get messy. We go all around the issue. We bring up old stuff.

Sometimes we need time to clarify it for ourselves the issue, because we are angry or sad and we aren’t sure exactly where the source is. Pray and invite God into the conversation.

Then, when you talk about it, stick to the issue. Don’t bring up past mistakes. Talk through this one event and share how you feel, and what you hope might happen as you work through conflict together.

Pray with each other, if that’s possible.

I know this is hard, but it’s also healing.

There are always two sides to a story. One may be clearly in the wrong, but understanding where they are coming from might help both of you as you work through the issues.

Approach them with a gentle heart and a willingness to hear what they have to say. Let them know you want to hear, that you’ll try to understand.

Unpack what they have to say. Look at it fully. Is there something you missed, or something that sheds light on this situation?

Is there a chance that you’re contributing to the conflict, and you can make simple changes to meet this person in the middle? 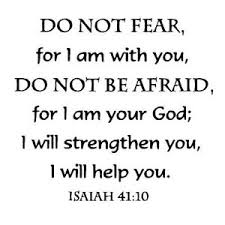 Conflict happens. Even in normal families and great relationships. Tackling conflict can be a truly healthy way to grow closer as you work through problems and find solutions that work for you and your loved one.

As I climb in the car to travel to my third Christmas event of the season, these are tools that will come with me.

Let’s take this deeper. What is one way you handle conflict in an unhealthy way (or have in the past)? What is one change you can make, with God’s help?

Forgiveness is one of the most powerful gifts we can give ourselves, as well as offer others. To find out more, as well as download some freebies, check out: