Putting up your spiritual dukes

Lots of cheering and “whoop, whoops.” At the end of all of the good ministry news, one person gently issued this invitation.

Will you fast with me?

There weren’t a lot of details, only encouragement to pray about what that fast might look like for each of us individually.

Later that night I was walking and tears started trailing down my cheeks in gratitude. I love the fact that I get to be a part of a team of strong, faith-filled woman that celebrate victories, but who don’t settle into the role of victor.

Instead, they are smart enough to realize that spiritual victories launch us deeper into spiritual battle. There’s more to do, so let’s be prepared.

I’ve turned the other way from teachings that make us look for demons in every corner or that invite us to blame the devil for all our shortcomings. I don’t know about you, but I refuse to live with my faith wrapped in fear and I don’t want to live defeated.

The other extreme is to pretend that spiritual warfare doesn’t exist, especially when we read these words like these:

Submit yourselves to God. Resist the devil, and he will flee from you. James 4:7 (NIV)

For though we live in the world, we do not wage war as the world does. The weapons we fight with are not the weapons of the world. On the contrary, they have divine power to demolish strongholds. We demolish arguments and every pretension that sets itself up against the knowledge of God, and we take captive every thought to make it obedient to Christ. 2 Cor. 10:3-5 (NIV)

Be self-controlled and alert. Your enemy the devil prowls around like a roaring lion looking for someone to devour. Resist him, standing firm in the faith. 1 Pet. 5:8-9 (NIV)

The thief comes only to steal and kill and destroy. I came that they may have life and have it abundantly. John 10:10 (NIV)

So how do we approach spiritual warfare?

We are aware, but anchored

We’re aware that we are in a battle and that there’s a real enemy, but we are anchored in the truth that God is greater.

When we are in a battle or sense that one’s brewing, it’s an invitation to focus on the God parts of the verses above.

Sure, there is a thief that comes to steal and destroy, and if we stop there maybe there’s reason for fear.

But it doesn’t stop there.

This is the God part of that verse: The thief comes to steal, kill, and destroy, but our Savior came that we might have abundant life.

But then we put on our spiritual dukes as we are aware that there’s an enemy. We take a swing as we stand firm against that enemy with the shelter, life, strength, direction, comfort, hope, guidance and freedom we are given as His.

Are you in a battle? Let’s put up our spiritual dukes together today! 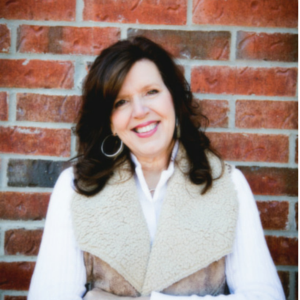 Every Tuesday at 10 a.m. CT, join me in a live Periscope broadcast. Each week I share one 5-to-7 minute#livefree boost. This morning’s broadcast shared how to fight with faith over fear.

Periscope is a free app that you can download on your phone. To follow my broadcast, find me with this ID: @suzanneeller

I hope I’ll see you there next week! ~ Suzie