13th Disciple: How a flawed disciple rediscovered her voice 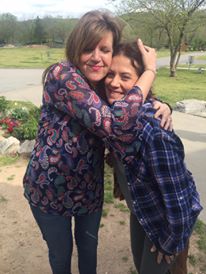 I met her when she was 10. I was her teacher in church. We reconnected online a year or so ago, But then I got to hug her in person at the Come With Me retreat last month.

Can you tell how much I love this woman?

It’s her “Come With Me” invitation and what happened when she said yes. ~ Suzie

I love that the twelve disciples were ordinary, human men.

They had flaws. Peter was loud and obnoxious. John was slightly competitive. Thomas struggled with unbelief. While others were in the spotlight, Andrew was mostly behind the scenes.

I don’t know about you, but I can identify with each one of these character traits.

When I look at myself in the mirror, I see a woman with so many flaws. So many that there is no way she could ever be considered a 13th disciple.

Can be real with you?

My flesh says that because of a mistake that I made several years ago that I am unworthy to be doing what I am doing.

Not only that, being a 13th disciple is a major reach.

I know what you are saying to yourself right now.

“How can you say that, when Christ forgave you the moment you repented? Not only that, He has forgotten it!”

Oh my friends. Yes. Yes, I know. I know what the Bible tells me. And I believe every word, I really do. But, I guess I’m one of his “high-maintenance” chicks, because daily I battle the war that Satan tries to wage in my mind and in my thoughts about not being good enough.

Then he said to the crowd, “If any of you wants to be my follower, you must turn from your selfish ways, take up your cross daily, and follow me. Luke 9:23

Take up your cross daily.

Die to self and follow Him no matter the cost.

And there is a cost.

Jesus had grown in popularity during His final days. Thousands came to hear Him speak. Even so, truly following Him wasn’t glamorous, and He wanted to make sure they knew that it came with a cost.

What is your cost?

Jesus spoke to me very clear not too long ago.

Shannon, there is a cost to sharing your story.

There will be darts thrown your way. You can take them, because of me.

That’s my cost, or one of them. The darts that will come my way. Sharing a story like mine is a scary thing. It causes all kinds of emotions to arise, both good and bad, and people can be hurtful.

Some are hurtful without even knowing it. I call it innocent ignorance.

I’m not gonna lie. Some of those darts will also be self-inflicted. I’m hard on myself.

There are more costs, and I’ve counted them.

But then there’s this:

I have given you authority over all the power of the enemy and you can walk among snakes and scorpians and crush them! Nothing will injure you!  Luke 10:19

Is there anyone out there who wants to crush some snakes and scorpians with me? I don’t know about you, but reading this scripture causes a fierceness to rise up within me.

It makes me want to shout: I am woman, hear me roar!

Jesus is saying, “GET UP GIRLS!”

What ever it is that is holding you back — fear, disease, hurt, grief, etc.

Get up and come with me.

In Luke 9:58 (see above) I believe Jesus was tired of people waffling around on whether they wanted to follow him or not. And then another instance when He found the disciples sleeping in the Garden of Gethsemane.

I bet his eyes were rolling.

Come on boys! Could you not stay awake?

As much as this annoyed Jesus, I simply adore it because it shows the humanity of the disciples.

You see where I’m going?

You don’t have to make your life perfect before you follow Him! And it certainly isn’t about works. No one ever became a disciple because of works.

it means you’re flawed in every way

Jesus says, “come with me.”

And even though we are flawed, we rediscover our voice. 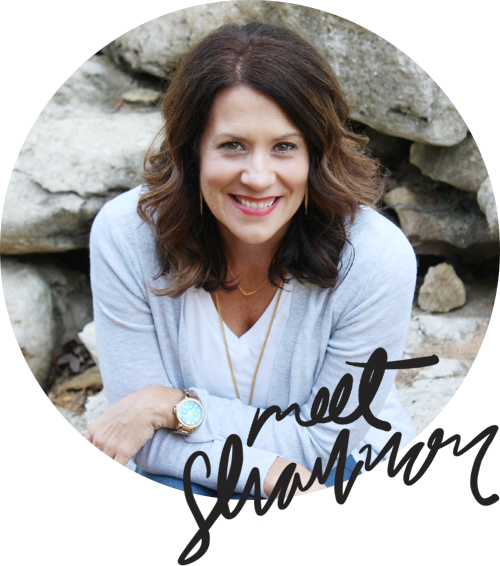 Shannon is fun-loving and authentic. She loves big and she loves fierce. At the top of that love list is Jesus, her husband John and her two daughters, Alex and Averee. She’s a woman who has been rescued and restored. She believes every woman has a calling and Shannon has a passion to see women everywhere rise up into who God has designed them to be. Although a book is in her future, you can currently read her blog at www.shannongeurin.com.