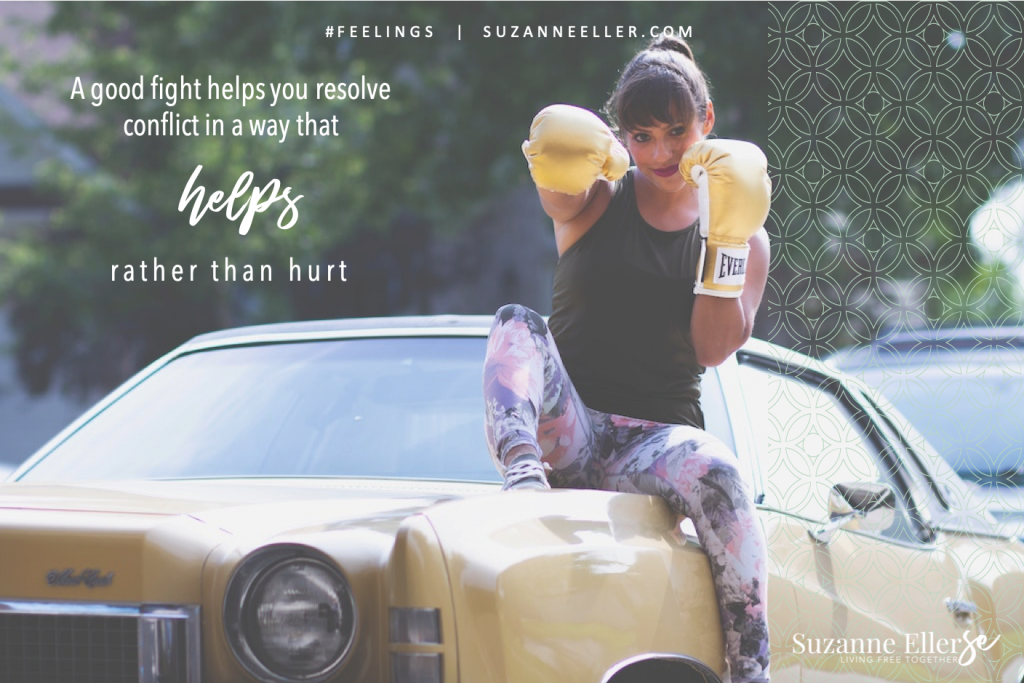 The word “fight” used to make me want to run in the other direction. But I no longer run from them because years ago I had a light bulb moment: I realized it’s possible to have a good fight.

in a way that heals, rather than hurt.

For those who have experienced the pain of a bad fight, a good fight might not even seem possible (I used to think this). So let’s take a look at three things that will begin to help you as you learn how to have a good fight.

1. Conflict happens even in the best of relationships

Conflict is part of the human experience. You can love each other like crazy and have a misunderstanding. You might see things differently. You might have an off day. One of you can make a decision that you later regret. Perhaps you don’t realize the impact your words or actions have on another person. When you understand that conflict happens even in the best of relationships, you don’t run from conflict anymore.

You don’t see it as personal, but as a problem to work through.

2. A good fight is planned

A good fight will never happen in the heat of the moment, so you give yourself (and the other person) permission to walk away when tempers are hot. You make a promise to come back when things are less heated, and you keep that promise.

You set a time. You make room for it. You pray and invite God into the conversation before it even begins.

3. A good fight is based on your love for each other

Yes, you’re angry and it’s okay to admit that. But you also care for that person, so you:

The last one might be the hardest. We often fail to listen because we are ready to share our side. We want to offer up a defense or an offense. We are hearing their words through our feelings. When we do our best to hear that person, we have a chance to tune in to the real issue, rather than what’s floating around on the surface.

Is having a good fight easy? It’s not, at least not in the beginning.

I fumbled my way through this until it eventually became the new norm. While conflict will never be fun for me, I realize that when I approach it with a heart to have a good fight, there’s a chance we’ll both walk away with a better understanding. Maybe a compromise, or even a new plan. A good fight offers a better opportunity for a fresh start the next day.

And even when we agree to disagree, that person knows we are willing to fight for the relationship because they matter.

What helps you have a good fight? 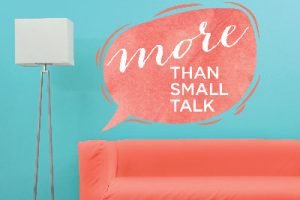 Join Holley Gerth, Jennifer Watson, and I today on today’s More Than Small Talk podcast – Episode 67 – When You Don’t Like Humans.

In this episode, I share more about how to have a good fight, and Holley and Jennifer share ways they’ve learned to work through conflict with those who may rub us the wrong way.

Find the podcast on your favorite platform!