Jesus, we need a new normal 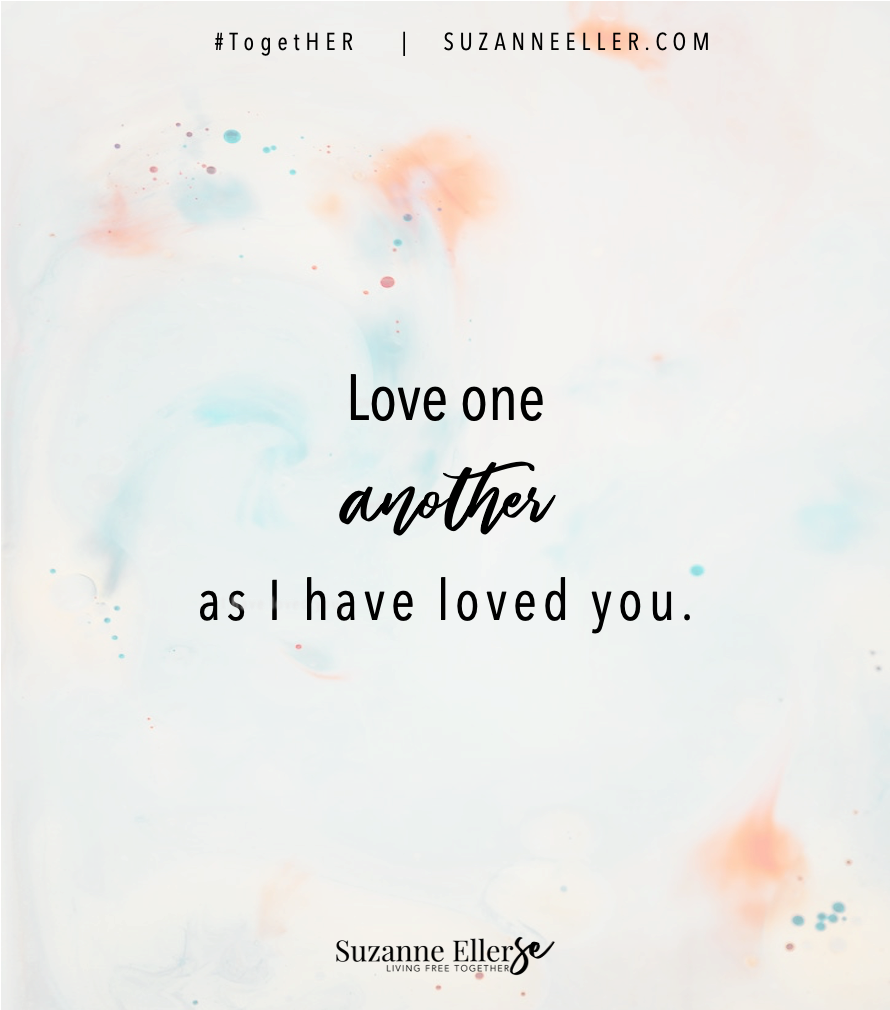 I had an entirely different post I wanted to share with you, one that was sweet and funny, but then a man was suffocated as he cried out for his mama. . .

I’m in tears as I write this. Some of you will be tempted to delete this post by that first line alone. I understand that, but will you please pull up a chair, draw close, and let’s talk together, friend to friend.

Racism has no place in the world, but it truly doesn’t have a place in the heart of a Jesus follower. Can we acknowledge that together?

Jesus himself broke all the cultural “norms” that divided people from one another. He flipped what was expected of a man who prayed for the dying and lame, and they were healed. He could have basked in the accolades or even embraced the words hurled at him by people who didn’t understand his mission. He did neither. He stayed on task by loving people. He taught about the Father’s heart. He listened for the cry of those who were blind, broken, and overlooked and made his way to them, and they walked away different because of it.

The problem with talking about things like racial injustice is we may do one of two things.

We look at what happened and say, “I’d never do that,” ignoring that this has gone on for 400 years. We ignore that racial injustice doesn’t always look like a man dying, but a soul being chipped at day after day. We ignore that mamas have to tell their sons to act differently than their white friend, because there’s a high likelihood that one will be seen as a threat while another is not — regardless of their character.

We need to listen to those who are on the receiving end of racial injustice.

We can’t dismiss their stories because it doesn’t match our reality.

We disassociate and we justify.

A few weeks ago I sat in my living room and watched a video that stole my breath. It was of a young man being pursued down a street and blocked in. The guys in the truck with guns commanded him to stop. I can only imagine the terror of that moment. He was shot and killed in seconds. Why? They thought he was involved in local break-ins. They saw him go into a house under construction. Though the security video revealed that he didn’t take anything, but a drink of water from a sink.

One person, when I shared my heartbreak of Ahmaud’s death, said, “Suzie, you haven’t got all the facts. He went into a house under construction that wasn’t his.”

Which made me think of all the times I have walked into houses under construction in my own neighborhood and those nearby. It’s something I love to do. If the walls are open (like this house was) I walk through and upstairs and all around, imagining what this new home will look like. When the owner of the home went back through the security footage, they found several people had done the same. Just like me. Just like Ahmaud.

Only one was killed for it.

I’m pretty quiet publicly when it comes to politics and topics that divide.

It’s not that I don’t care, because I care deeply.

It’s because I feel a sense of responsibility with my words. While I talk with those closest to me, sharing publicly can be misconstrued and torn apart . . . or we can share so many words that they get lost.

Every time I’ve prayed about what to say, I’ve sensed the Lord challenging me.

Show them who I am.

Show them how I loved the world.

Let the change begin you.

But I sense such peace today as I share this, even awkwardly, because I think a conversation about this is doing all those things above.

It’s time for a new normal. It’s time to acknowledge that 400 years of racial injustice is 400 years too many. It’s time to listen to those who are so very tired of carrying the burden of prejudice. It’s time to widen our circle, go to churches that aren’t filled with people who look and sound just like us, and to reach out to a friend or potential friend and simply say, “I love you. I am with you. How can I love you better?”

Jesus’ normal was to love. It’s our call as well.

I recently shared a video on my FB page when Ahmaud was killed, sharing my grief and asking us to pray. I lost a chunk of followers that day and that’s okay. I’m not in ministry so that people will follow me. I’m in ministry so that we can follow Jesus together. Thank you for allowing me to share my thoughts, sweet friend. I treasure that you read all the way to the end. I truly believe we can make a difference, not by fixing anything or anyone but by loving like Jesus.

This is a powerful conversation between Dr. James Hawkins and three friends about the shooting of Ahmaud, and how to wrestle with the conversations we need to have as believers. It was a live conversation on FB.

When we recorded today’s More Than Small Talk, “A New Normal,” the events I’m sharing in this post hadn’t happened yet. We record ahead of time. In this episode we talk about the new normals we want to take away after the pandemic, and I think that’s a good conversation to have as well. However, when I referenced angry conversations on social media, I had no idea that some truly honest conversations would be taking place and anger would be so justified.

I’d love for you to tune in to More Than Small Talk each week, joining Holley Gerth, Jennifer Watson, and myself as we talk about those things as friends, believers, and as your friend.

To find all the ways to tune in, click here.