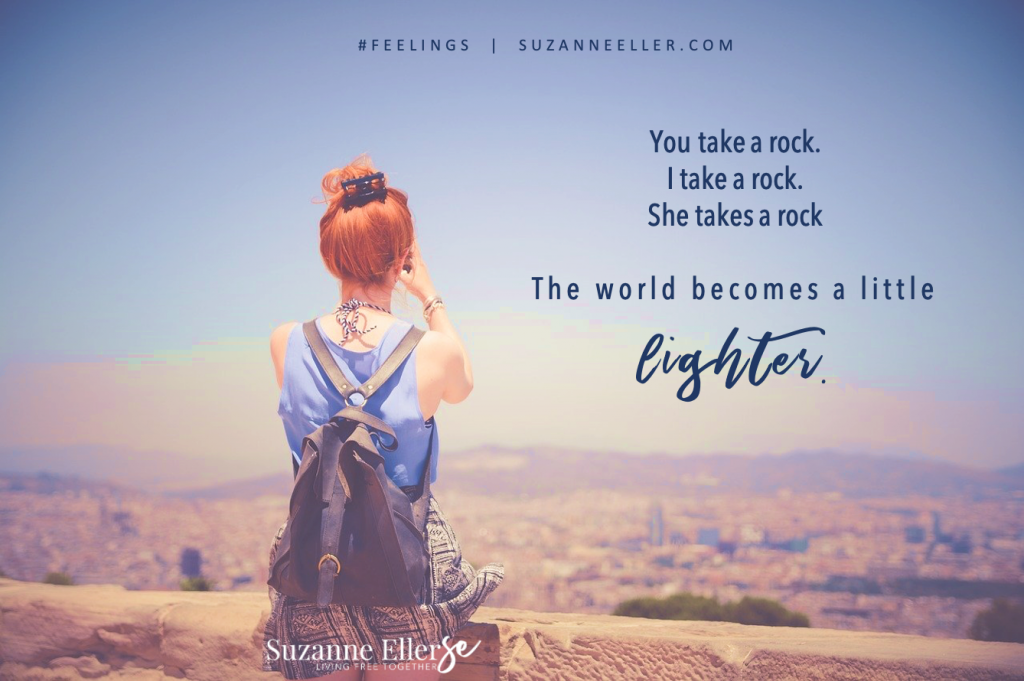 Conflict feels hard on the best of days, but perhaps the hardest moment is when you are waiting for someone to respond to you.

What will they do?

Will they lash out? Will they leave you standing all alone? Will they reject you? Will this conflict be so divisive that it will feel impossible to heal?

One of the most beautiful surprises is when someone does the exact opposite of what you think they’ll do.

They respond with kindness. They see you as important as the issue. They listen. They disagree but love you as they do so.

My friend, Holley Gerth, describes this as “taking a rock” from someone.

We all carry an emotional backpack, she says. There are a lot of rocks in that backpack and we have the power to add another rock, or take one away.

How heavy is your back pack right now?

Maybe it’s a pandemic “rock” or an “isolation” rock that is weighing you down. Perhaps it’s hurt from years of injustice and inequality (which feels like a boulder). Maybe it’s a rock from childhood, or a hurtful past relationship. It could be that there’s a few pebbles from a recent conversation that didn’t go well.

What does it look like to take a rock from someone?

There’s something to be said for Jesus’ example of “taking a rock.” Consider the fact that Jesus invites himself over for dinner with men like Zaccheaus and Matthew, both tax collectors.

These men have hurt their own spiritual brothers and sisters. I imagine they fully expected a “rock” when Jesus invited himself to dinner. And yet, while the Pharisees stand outside with verbal rocks, angry that Jesus is having dinner with someone they don’t see eye-to-eye with, Jesus breaks bread. He holds truthful, life-giving conversations. He leads them closer to his Heavenly Father.

In doing so, he took a “rock” rather than adding one and they were changed forever.

You can find all the ways to listen here.

Check out the More Than Small Talk FB group

Maybe you are feeling so frustrated by conflict that joy feels impossible right now. I have a book called JoyKeeper coming out soon. Join the YouVersion 5-Day Devotion.

Discover joy that cannot be taken from you.